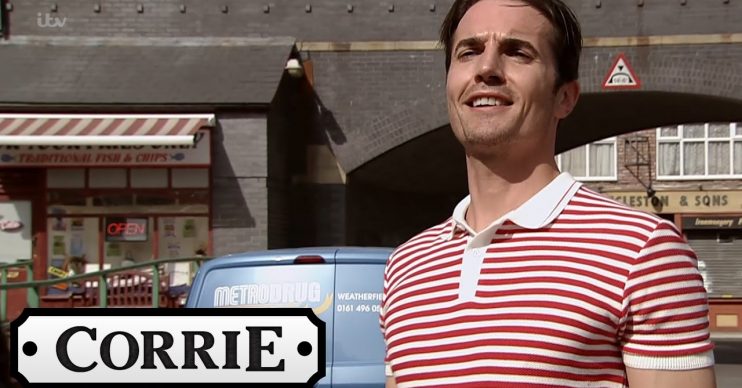 Tommy Orpington will return to Coronation Street for a big storyline coming up later this year.

The footballer, played by Matt Milburn, is to make a comeback more than three years after his first appearance in October 2016.

Viewers know that Tommy is a popular football player for Weatherfield County, who has popped up a few times over the past couple of years.

This time, he’ll return as part of James Bailey’s coming out storyline.

He will appear at the Weatherfield Golden Hearts Award Ceremony next month.

We know that James’s mum Aggie has been nominated for an award for her attempts to save Robert Preston’s life after he was shot during the dramatic Christmas siege.

Now, in new pictures printed in The Sun, the footballer is seen arriving for the ceremony to honour Aggie who attends with her family – including gay son James.

The character of Tommy has swapped his usual football attire for a smart blue suit.

The pictures also show a reporter called Tessa who will interview James about his decision to come out.

In 2018, Tommy appeared on the street as part of Jack Webster’s recovery from the sepsis infection that caused him to lose his foot.

Last year, he was the VIP guest at the opening of David Platt and Nick Tilsley’s new barber shop.

He was also seen when Nick Tilsley asked him to model Underworld’s new men’s underwear line.

In real life, actor Matt is the brother of Greg Wood who played loan shark Rick Neelan in the ITV soap.

The Manchester-born brothers also starred in the C4 soap Hollyoaks.

Matt played student Joe Spencer from 2003 to 2006 when his cheeky character was killed in a fire at the Dog In The Pond, and Greg played bad-boy gangster Trevor Royle who was stabbed to death on his wedding day by evil teen Nico Blake in 2016.

Last week, James decided to tell his dad Edison he was gay and in a relationship with Danny.

Are you looking forward to seeing Tommy back on the Street? Leave us a comment on our Facebook page @EntertainmentDailyFix and let us know what you think!