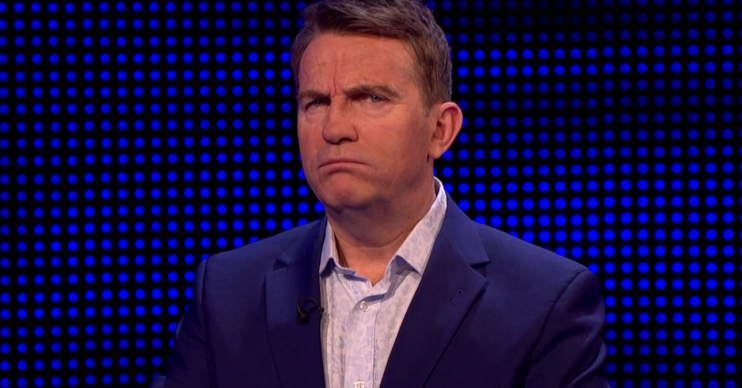 The Chase viewers reckon contestant has a Coronation Street lookalike

Hailed by The Sinnerman as a player who 'know's he's good'

Viewers of The Chase couldn’t help but do a double take during this evening’s episode of the ITV game show favourite as they noticed the likeness between one of the contestants and a soap legend.

Andrew, who works in accountancy and is an aircraft enthusiast, told host Bradley Walsh he hoped to spend any winnings on a branded car for his business.

He racked up an impressive £8,000 in his Cash Builder round with Chaser Paul Sinha hailing Andrew’s performance as one by a player who ‘know’s he’s good’.

Calling him a “top echelon” contestant who “made a mistake” in not going with the top offer of £28,000 for his one-one-one with The Sinnerman, it was actually the quizzing skills of the Chaser that faltered during the round.

The beaten Chaser added he felt Andrew would be a “force” in the final – and wondered why it had taken him up until now to take part in the show.

I was rubbish there but even at my best I don’t think I would’ve caught you.

However, while many of those watching at home agreed with The Sinnerman’s assessment of Andrew as they commented about him on social media, some of those wondered whether Andrew may have had a bit on his plate serving bacon rolls in Weatherfield.

“Is that Roy Cropper in seat 1? #TheChase,” one user wrote on Twitter.

“Roy Cropper on #TheChase,” echoed someone else in a tweet.

Similar observations between an apparent resemblance between Andrew and Coronation Street veteran Roy continued into the final – and after the team of Andrew, Joe and Sara beat The Sinnerman quite handily and picked up £20,000 for their impressive efforts.

And another show watch tweeted about The Sinnerman’s loss: “Massacre. Think that is possibility the biggest winning margin I’ve seen. Roy Cropper #TheChase.”

“I was rubbish there but even at my best I don’t think I would’ve caught you,” The Sinnerman graciously conceded.

– The Chase returns to ITV tomorrow, Thursday March 12, at 5pm