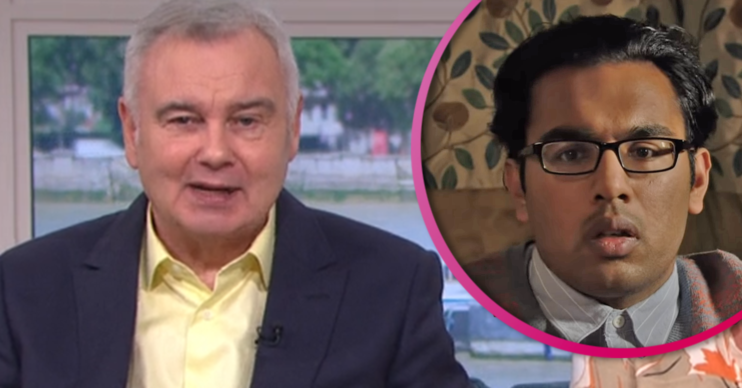 Tenet star Himesh Patel appeared on This Morning and Eamonn Holmes made an awkward blunder when he got his EastEnders character’s name wrong.

Himesh, who played Tamwar Masood in the BBC soap from 2007 until 2016, most recently starred in Christopher Nolan’s Tenet.

The actor appeared on This Morning to talk about his latest role.

Although Eamonn may have got the character’s mixed up, Tamwar’s last name is Masood.

But despite the error, Himesh didn’t correct Eamonn.

Himesh Patel on his time in EastEnders

Speaking about his time on EastEnders, Himesh did say: “Playing Tamwar for that amount of time was amazing and a great training ground and I think you have to be on your game everyday.

“There’s so many scenes to film and so much work to get through. You have to think about you know moving between different scenes in the same day. And yeah I really enjoyed my time there and I think when you move on to big films the scale gets bigger of course.

“You’re looking at bigger budgets and bigger worlds that you’re playing in, but you still have to have that discipline of work everyday and knowing where you’re at, filming out of order. You know it was a great training ground.”

Leaving EastEnders: What has Himesh Patel been up to?

Meanwhile Himesh has landed himself several TV and film roles. In 2019, he starred in Yesterday alongside Lily James and Ed Sheeran.

He has also starred in TV series The Luminaries, Avenue 5 and Station Eleven.