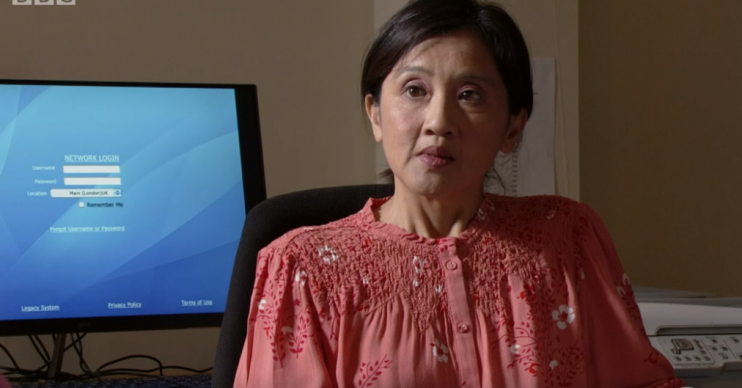 The actress was in the BBC soap as Dr Fremantle, the doctor conducting assessments on Ollie Carter.

Although fans may not recognise her face, Pui played Po in Teletubbies from 1997 until 2001.

In 2015 the series was revived after 14 years with actress and stunt performer Rachelle Beinart now playing Po.

As well as her role in Teletubbies, Pui is also well known for being a CBeebies presenter.

The Carters were visiting the hospital last night to get a diagnosis for their son, Ollie.

For months, Mick and Linda have been concerned that their youngest has autism.

After Ollie had his assessment, Dr Fremantle told the Carters that he demonstrated good attention to detail and carried out most of the tasks she had set him with a high degree of accuracy.

However, she also said taking into account the outcome of the assessment, the information Mick and Linda have given, and the findings from the school’s observations, they have concluded Ollie has Autism Spectrum Disorder but is at the milder end.

Mick and Linda were stunned by the news.

Fans already know Linda is going to turn to alcohol to help her cope with the diagnosis.

Their eldest son, Lee Carter, is set to return as part of the storyline.