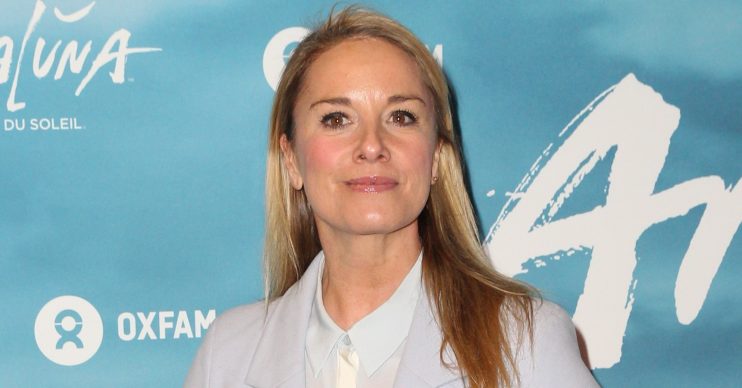 Her eldest daughter is 11 years old

Soap star Tamzin Outhwaite, who plays Mel Owen in EastEnders, has shared an adorable throwback photo of herself and her late mum on social media – and fans think she looks exactly like her daughters.

The actress, 48, posted the snap on Instagram and told her 227k followers it was from a sports day when she was 10 years old.

The photo showed the Walford favourite gazing into the camera with her mum, then aged 30, looking at her lovingly with a big smile on her face.

Tamzin’s followers rushed to comment on the pic and offer messages of support, with one writing, “Miss her and you” and another telling her, “Two amazing women who added to my experience on this planet”.

Others couldn’t believe how much Tamzin looked like her own daughters – Florence, 11, and Marnie, six.

Someone else put: “OMG your the image of flo! Lovely pic darling.”

A third wrote: “I can see your girls in you here.”

Heavens above… how I love you two ❤️

Tamzin announced the death of her “incredible” mum in a touching social media post earlier this year.

In May, she posted two photographs on Instagram and revealed that her mum died three weeks ago.

She captioned a pic of her mum: “R.I.P Anna Patricia Santi. So lucky to have you as my mum. What an incredible human you were.

“Thank you, Mum. You taught me how to live and you continue to teach me…”

She also posted a photo of her siblings as children and wrote: “These two beauties @jakeycakeyy @keswicko and I lost our beautiful mum three weeks ago today, suddenly. THE best mum ever.”

Tamzin has been a fan favourite on EastEnders for some time. She previously joined the cast as Mel Owen in 1998 but left four years later, before returning to the role in 2018.

But earlier today (July 11), it was revealed she has decided to leave the soap to “pursue other challenges”.

Speaking to Digital Spy about the decision, she said: “When John [Yorke] asked me to return to EastEnders back in 2017, I jumped at the chance to play Mel once more but it was only supposed to be for a year. That year quickly passed and I agreed to stay on for another, but now the time feels right to once again pursue other challenges.

“I will of course miss so many people here at EastEnders, and I will forever have good memories of my time at the show, but I am also excited to experience new roles outside of Walford.”