Tamzin Outhwaite has shared an emotional goodbye to EastEnders.

Actress Tamzin returned to the soap in 2017 as Mel Hunter but two years after making her comeback she has decided to leave again. 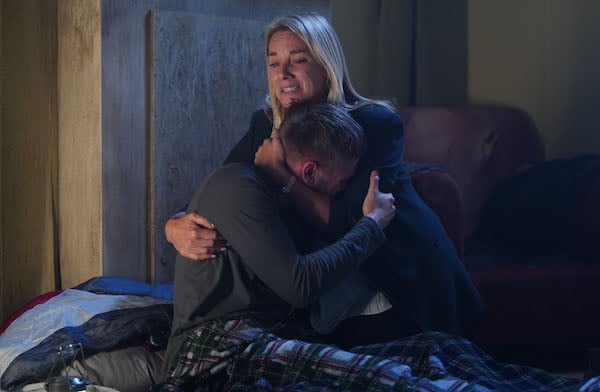 Read more: EastEnders SPOILER: Ben fights for his life after Hunter shoots him

She posted on Twitter: "Trying to write thank you / good luck / I love you cards.... after watching this evenings episode of @bbceastenders has got me very laughie , cryee & nostalgee ...

"Thank you for all your kind messages over the last couple of weeks/ years It’s been emotional and such a laugh. ❤️"

"Melanie Healy/Beale/Owen has left the building... it’s been a pleasure , a privilege and a 21 year association with a family I will cherish forever and never forget...

"TIL next time my beautiful cast and crew... you all rock.❤️"

Fans heaped praise on Tamzin after her performance in Friday night's episode where Mel was forced to watch as her son Hunter took everyone hostage before being killed by police.

Thank you all so much for all your lovely messages over the last few weeks. Last night was a tough watch but I feel so proud of everyone involved. What a privilege to work alongside you all

In the closing scenes she was cradling her son's body after police shot him to stop him from killing Louise Mitchell.

But some fans thought the scene was Tamzin's last, especially when combined with her goodbye post.

However, Tamzin went back to Twitter to reassure fans that they haven't seen the last of Mel yet.

She said: "Sorry if I have confused some people ... Mel Owen will still be on screen for a little while in

@bbceastenders but yesterday was my final filming day.

With soaps filming between four and eight weeks ahead of broadcast that means Mel will leave Walford around November time.

Will you miss Mel in the Square? Leave us a comment on our Facebook page @EntertainmentDailyFix and let us know what you think!