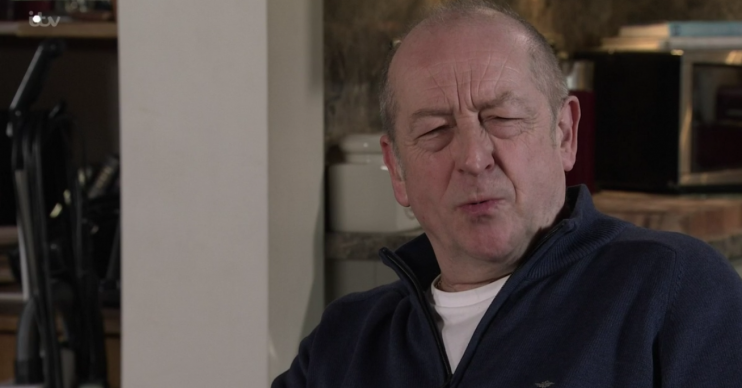 Viewers of Coronation Street have criticised the ITV soap for having “too many villains” and say they are “switching off” because of the dark storylines.

Formerly known for its comedic plots, some fans now believe the serial drama has “too many villains” like Geoff Metcalfe and Ray Crosby.

On Wednesday night (February 26), Geoff continued to make his wife Yasmeen’s life a misery by controlling her and manipulating her to do everything he wants.

Corrie is losing a LOT of viewers with Geoff and now Ray. Done. Fed up.

Those watching from home were horrified when she injured her back after he forced her to vacuum under the sofa.

He later made her feel guilty for returning to work, when he prefers her to stay at home and play wifey.

This is just the latest unpleasant act in a long line of similarly abusive behaviour – including locking Yasmeen in a box, forcing her to eat crab shell out of a bin, taking away her credit cards and calling her names.

Meanwhile, bad boy Ray Crosby destroyed Abi Franklin and Kevin Webster’s fledging romance by revealing she was prepared to sleep with him to get off the hook for stealing his car.

Abi was left in tears when Kev dumped her having discovered she was prepared to sell herself to stop Ray going to the police.

Ray, who also made Michelle Connor’s life hell before she left, then revelled in poaching the garage as part of his blackmail plot.

And viewers have had enough.

Writing on Twitter, one fumed: “If things don’t change soon I’ll be switching off. Watching Corrie makes me sick to the stomach. Too many villains – Geoff, Ray, Gary – and then Gemma and Beth constantly moaning. It’s so depressing, […] only nasty storylines, where has the humour gone?”

Another said: “Can someone tell me when Geoff and Ray have gone? Not sure I can keep watching while they’re on. #Corrie.”

Can someone tell me when Geoff and Ray have gone, not sure I can keep watching while they’re on. #Corrie

If things don't change soon I'll b switching off. Watching corrie makes me sick to the stomach. Too many villains Geoff, Ray, Gary and then Gemma, Beth constantly moaning. Corrie so depressing, turning into eastenders of the North only nasty story lines were has the humour gone?

#Corrie is losing a LOT of viewers with Geoff and now Ray.

The writers think we'll take anything. Having just got over the Pierce story in Emmerdale, now they're doing this Ray and Kevin business with a bit of Geoff left over. It really is too much. #Corrie

Why should we watch on Friday?? With Geoff AND Ray there is ANY reason to watch?

A third added: “Corrie is losing a LOT of viewers with Geoff and now Ray. Done. Fed up. @itvcorrie.”

One more lamented: “Finding it difficult to watch Corrie without cringing. Not enjoying Kevin losing the garage, Daniel pretending Bethany is Sinead. Not forgetting the odious Geoff. I may have to tune out for a while. Really not enjoying watching these storylines.”

“Between gangster Gary, slimy rapist Ray, vile Geoff, whinging Daniel and pathetic Peter, I really can’t stand watching Corrie anymore,” said one more, while another wrote: “The writers think we’ll take anything. Having just got over the Pierce story in Emmerdale, now they’re doing this Ray and Kevin business with a bit of Geoff left over. It really is too much. #Corrie.”

Others were upset with the soap for destroying another relationship with Abi and Kev, while some just fumed the plots were “too far-fetched”.

Viewers have compared Ray to Pat Phelan, and accused the soap of recycling the storyline between Ray and Abi.

Viewers know Abi recently stole Ray’s car and set it on fire as revenge for sexually harassing and assaulting women.

To protect Abi, her new boyfriend Kevin covered for Abi saying they were together that night, however the police aren’t so sure.

On Monday (February 24) Ray showed Abi that he had dashcam footage of her stealing the car and told her if she didn’t want him going to the police, she would need to meet him at a hotel.

When Abi turned up, Ray forced her to get changed into lingerie and he took a picture of her getting changed.

After Abi got changed, Ray threw her out into the hotel hall telling her she disgusted him.

However viewers were quick to notice the storyline is very similar to what went on between Anna Windass and Pat Phelan.

Are you enjoying Corrie at the moment? Leave us a comment on our Facebook page @EntertainmentDailyFix and let us know what you think!