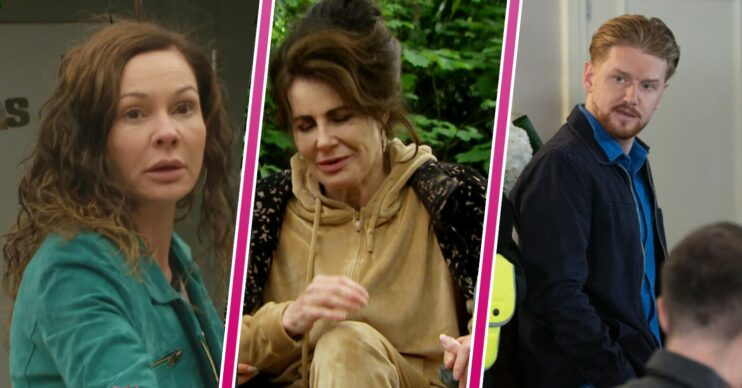 At least it will take our minds off the fuel bills

ITV has teased soap fans with huge upcoming storylines in both Emmerdale and Coronation Street which will air in autumn with Super Soap Week.

A week in October has traditionally become known as ‘Super Soap Week’ and, along with EastEnders, the ITV soaps pull out all the stops.

And with Emmerdale celebrating its 50th birthday in October, bosses have some big things planned.

Today the channel confirmed what viewers can expect from the residents of Weatherfield and the Dales as summer draws to a close.

Here’s what you can look forward to for the rest of the year in Coronation Street and Emmerdale!

Emotional scenes for Faith and Cain in Emmerdale

It’s no secret that Sally Dexter will be leaving Emmerdale as Faith loses her battle with breast cancer later this year.

But that doesn’t mean that she’s not packing plenty of drama into her final weeks.

Viewers will see her grow weaker, with son Cain, played by Jeff Hordley, struggling to watch her health deteriorate.

With so many lost years between them, Faith has a plan to make up for lost time. But could tragedy strike first?

Read more: ITV announces a trio of new dramas to get excited about

It’s not just Cain who will struggle with Faith’s ill health though.

As we know only too well, affairs don’t stay secret forever in soap so will poor Paddy have his heart broken once again?

And how will Cain react when he finds out Chas is involved with his bitter rival?

Fans have watched in horror as Leyla’s life has fallen apart while she battles cocaine addiction.

The wedding planner, played by Roxy Shahidi, has already lost the trust of her husband, friends and colleagues.

But Leyla will really hit rock bottom in the coming months. Will she realise she needs help though, or will her hand be forced?

The fall out will also affect Vanessa as she discovers the horrible truth about Suzy’s involvement in Holly Barton’s death.

Teen Amelia recently discovered she is pregnant and ITV confirmed this story will play out over the coming months.

Fans have seen the youngster struggle with health issues and now a baby bombshell.

Will she have the support around her to make a life-changing decision about her future?

Gary’s past catches up with him in Coronation Street

It’s been so long since Gary Windass broke bad and killed dodgy Rick Neelan (and Rana too, accidentally) we almost thought he’d gotten away with it.

Although taking in Rick’s teenage daughter was never going to work out well for him, was it?

It looks like the net is finally going to close in on Gary pretty soon though as Kelly starts to suspect Gary may have a dark secret.

But what lengths will he go to?

Yasmeen digs into Stu’s past

Stuart’s a relative newcomer to the cobbles but he’s managed to find friendship and family with Yasmeen.

He’s been pretty shady about his own past though and it turns out there’s a good reason.

Yasmeen tries to get Stu to reconnect with his daughter but she inadvertently kicks off a sequence of events that could see Stu’s new life come crashing down.

Read more: Who dies in Emmerdale’s 50th birthday episode? All the rumoured victims

Is Stephen going to cause heartbreak for Audrey?

Audrey was delighted when her son Stephen came back into her life.

Coincidentally at the same time her relationship with the rest of the Platt clan fell apart.

Businessman Stephen helps Audrey reorganise her finances, to the horror of daughter, Gail.

Is Gail right to be worried?

Audrey continues to struggle with the issues growing older brings, but is Stephen really the knight in shining armour she believes?

Leanne was pleased when Toyah’s teenage sweetheart, Spider, recently returned to the cobbles.

Struggling to support her sister through her upcoming murder charge, Leanne was relieved Spider offered some respite.

But will she be quite so pleased when Spider’s real reason for coming back is discovered?

Is he actually heaping more problems at their door?

How excited are you about these Emmerdale and Coronation Street autumn spoilers?