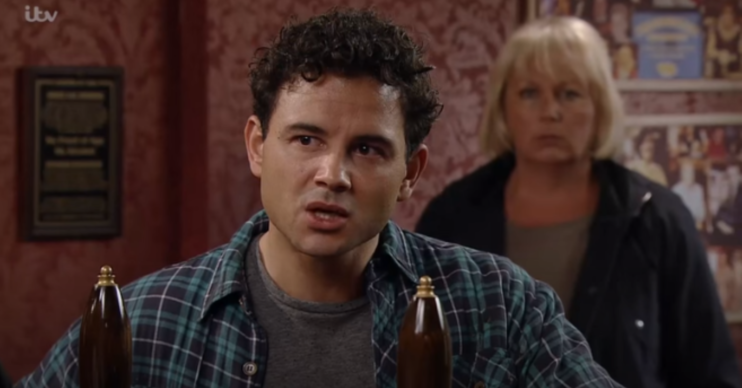 The 56-year-old is celebrating two decades on the cobbles as Eileen Grimshaw. And she has revealed she would love to act alongside her on-screen son Ryan, who played Jason Grimshaw, again.

The actress admitted she has been trying to tempt him back to Weatherfield.

She said: “I’d love Ryan Thomas to come back and I do keep badgering him all the time.

“But he’s become a social media influencer and he’s just had another baby, who I haven’t met yet because we are in lockdown.

“But I’ll be on his case for the rest of eternity, though.”

Will Eileen’s sister Julie Carp ever return to Coronation Street?

As well as having doubts that Ryan will make a Rovers Return anytime soon, Sue also admitted she probably won’t be acting alongside her on-screen sister Katy Cavanagh in the near future either.

She said: “I doubt very much that we’ll see the return of her [Eileen’s] sister Julie, because Katy Cavanagh, who played her, is busy managing her son’s Hollywood career.

“He’s called Noah Jupe, and he’s in every big film coming out of Hollywood right now, including A Quiet Place Part II, so Katy has her hands full.”

The actress particularly enjoys her time on the set of cab firm Streetcars when she is filming Corrie scene.

She revealed she and Simon Gregson used to pen “X-rated and stupid” notes to one another in a big black book, until a producer discovered it.

Read More: Coronation Street: Adam to be killed off as Gary covers his tracks?

She added to Inside Soap magazine: “For years in Streetcars, on the switch, there was a big black book, and Simon Gregson and I used to write messages to each other and leave them in there.

“They could be a bit X-rated and stupid, then one day the producer saw it. He put a smiley face at the bottom, and wrote, ‘See me!’

“Then weirdly the book disappeared.”

Would you like to see Ryan return to Corrie? Leave us a comment on our Facebook page @EntertainmentDailyFix and let us know what you think of this story.