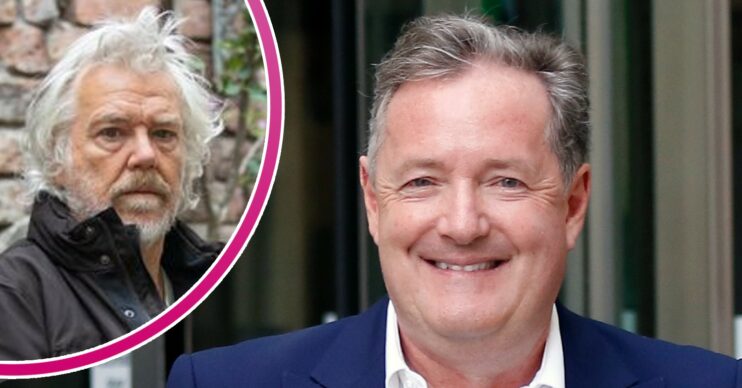 Piers wasn't happy to be called out

Piers Morgan has lashed out at Coronation Street – after character Stu made a dig at the presenter.

But in the process he took a shot at Piers, when insulting a journalist who wrote a story about him in the Weatherfield Gazette.

Stu and Yasmeen Nazir were discussing the article in which journalist Suki said the pair were “very lovey-dovey”.

Stu sniped: “Can I be honest? Suki makes Piers Morgan look like a Pulitzer Prize winner.”

However, fans were amused by the quip – with many pointing out that Piers had hit the big time with the Corrie mention.

One said: “You have finally hit the big time Piers, never mind Donald Trump. You have been named checked on Coronation Street, it doesn’t get any better than that.”

A second said: “I bet they are shaking in their boots,” with a laughing emoji.

A third said: “You know it’s an honour getting recognition in Corrie whatever the context!”

I’ll deal with this later. https://t.co/wa3GMmZUGn

Piers might want to back down, however, as Corrie revealed last night that Stu is a murderer.

In shocking scenes his secret was laid bare when his ex-wife turned up to stop him contacting daughter Bridget again.

She exposed that he killed a woman called Charlie Walter to cover up their affair.

It left Yasmeen in utter shock – and fans too.

However, actor Bill Fellows has teased that not everything is as it seems.

And he says Stu is determined to prove his innocence once and for all.

“The first major thing is to try and get the people he loves and cares about to believe him: Yasmeen, Alya and Zeedan,” Fellows said.

Read more: Coronation Street: Stu confesses to murder, but did he really do it?

“Without giving the game away, there are loads of twists and turns in this storyline, it’s not just that Stu needs to prove his innocence.

“There are loads of elements to this story that come into play. This bombshell has blown up now.”

Maybe Piers could interview him?