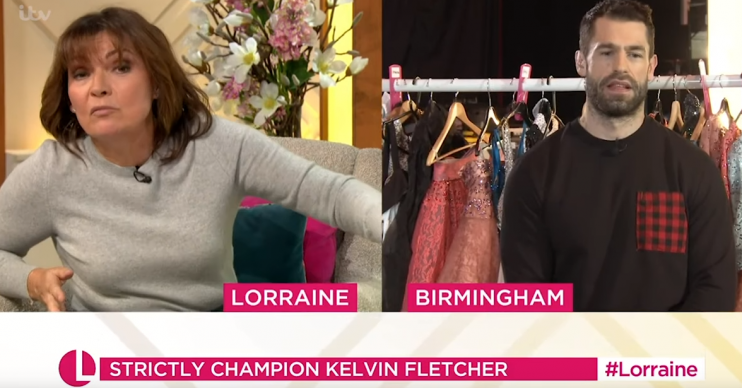 Kelvin Fletcher, who played Andy Sugden in Emmerdale from 1996 until 2016, has ruled out a return to the ITV soap.

Appearing on Lorraine today (January 14 2020) from a live call in Birmingham, Kelvin talked about the Strictly Come Dancing tour and future ventures.

He told host Lorraine Kelly: “Emmerdale was 20 years of my life, it was a huge part of my professional life and my personal life.

“I’ve grown up on the show, I went through my adolescence in the show, in front of the nation if you like, so it’s still got a very much, very warm place in my heart.

“But for me as an actor I still consider myself a young actor, dare I say it, and I’ve got huge ambitions and dreams and I want to try and chase those and TV drama and film is where I want to be.

“Who knows, I never thought I’d do Strictly and I went on to do quite well, so I just take each month, each year as it comes and just enjoy the ride and whatever I do I give it my all and see what happens.”

Kelvin played Andy Sugden for 20 years and left the soap in 2016 after Chrissie White framed Andy for shooting her father Lawrence.

Chrissie’s son Lachlan was the real shooter and she framed boyfriend Andy after he slept with Lawrence’s wife Bernice behind her back.

Andy’s brother Robert helped him flee the village and he hasn’t been seen since.

Since leaving the ITV soap, Kelvin went onto act in Scottish drama The Shore, where he played Steve.

Would you like to see Kelvin return to Emmerdale one day?