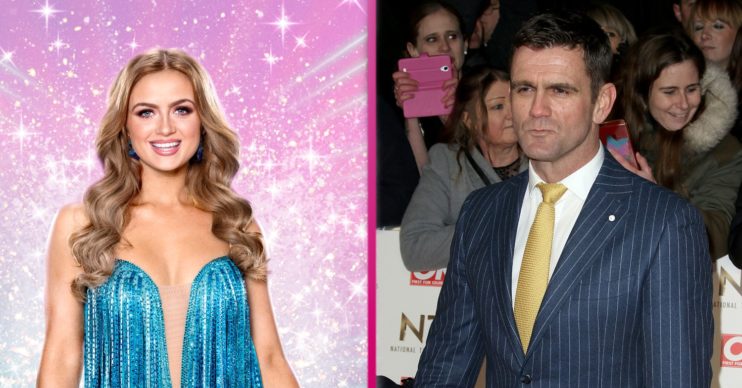 Scott competed on Strictly in 2010

Strictly Come Dancing star Maisie Smith has revealed the advice she was given by her EastEnders co-star Scott Maslen ahead of her show debut.

It was confirmed last month that Maisie, who has played Tiffany Butcher in BBC soap since she was six, would be competing in the 2020 series of Strictly.

However Maisie isn’t the first EastEnders star to compete in the celebrity dance competition.

All of her co-stars are excited for her. However, her co-star Scott, who competed on Strictly 10 years ago, told her about the weight loss that can happen from doing the show.

Speaking to Entertainment Daily and other media, she said: “Everyone I’ve spoken to, they’re just so excited.

“They’ve all said, ‘it’s the most amazing experience and to have fun and be yourself’, which I need to keep remembering.

“And Scott Maslen told me, ‘you’re going to lose a lot of weight so keep eating’ which I can definitely do.”

Maisie also revealed she’s excited about being ‘all glammed up’.

She continued: “I’m most excited about that because obviously at work, you know, Tiff my characters’ look, it’s pretty much the same.

“It has been for the last three years. So it will be quite exciting to now get to look glamorous every single weekend.”

Strictly: Maisie Smith hits back at claims she has an unfair advantage

Maisie also hit back at claims she had an unfair advantage in the competition. The actress won the BBC Children In Need special last year.

And Scott Maslen told me, ‘you’re going to lose a lot of weight so keep eating.’

She said: “I mean, five days, back in September, I don’t think that’s prepared me for what’s about to come.

However she added: “It helped me in a way. I understood how much hard work you have to put in an dhow many hours, but I’m still not ready.”

Are you looking forward to seeing Maisie on Strictly? Leave us a comment on our Facebook page @EntertainmentDailyFix and let us know what you think of this story.