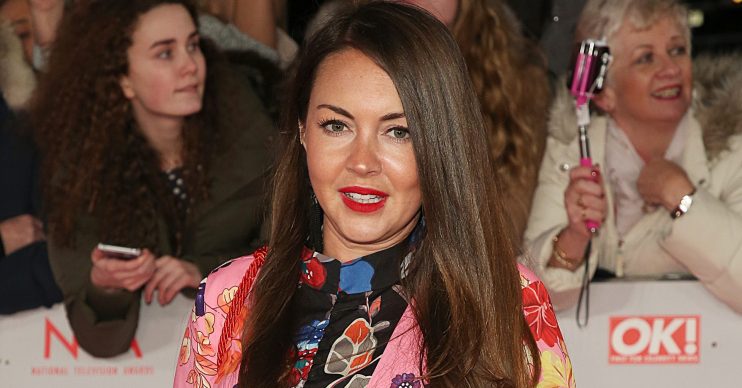 The actress is currently on maternity leave from EastEnders

Lacey Turner, who plays Stacey Fowler in EastEnders, has shared pictures seven months ‘in and out’ of pregnancy.

She captioned the post: “Seven months in, seven months out. We’ve had so much fun. We love you baby.”

Lacey first introduced her daughter last year in a photoshoot with OK! Magazine where she revealed her name was Dusty Violet Kay.

Lacey announced in February 2019 that she and husband Matt Kay were having a baby.

She also revealed she had suffered two miscarriages before she fell pregnant with Dusty.

The actress is currently on maternity leave from her role in the popular BBC soap, however her alter ego made a brief on-screen return in November.

As she was determined to return home, Martin lied to her saying he had slept with his ex-wife Sonia and wanted to be with her.

Eventually Ben gave Martin the all clear for Stacey and their kids to come home, however Stacey wanted nothing to do with Martin and opted to keep away.