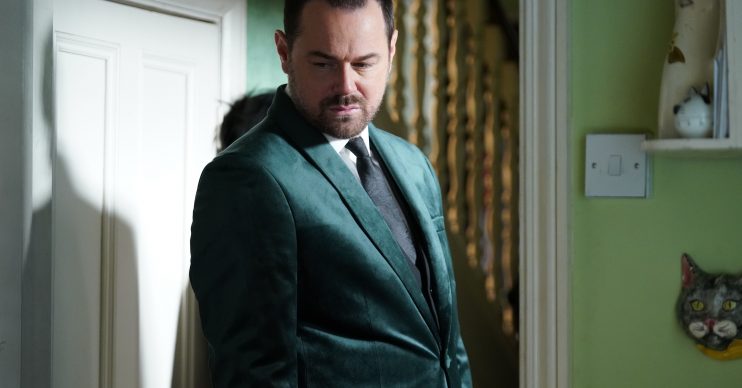 Whitney Dean is left shocked after the events of tonight’s episode of EastEnders (Friday February 14 2020) and turns to Mick Carter for help.

After a final, bloody, battle with Leo, Whitney is terrified after she ended up killing him.

Not sure what to do next, she turns to Mick for help.

But how will Mick react when he learns what’s happened? Will he be prepared to risk helping her?

Leo’s reign of terror finally started to come to an end in tonight’s episode.

Whitney discovered the last letter she received from Leo’s dad Tony had been taken.

After notifying the police, she arranged to meet Kat and Kush in The Vic.

However Leo used her phone to tell them she’d be late and he confronted her with the letter and a knife.

He was furious at Whitney saying Tony had forgiven her and he wanted to make Whitney pay for ‘lying’ about Tony.

To get away, Whitney threw her jewellery box at Leo’s head and ran downstairs to try and escape.

However Leo wasn’t far behind her and she ended up pushing him and he hit his head on the table.

But Leo got up once again as Whitney tried to call for help and wrestled her to the ground.

As she grabbed for the knife, Leo slipped and fell onto it, unconscious.

Viewers know Leo has been stalking Whitney for months as he thinks she’s lying about being groomed by Tony.

Fans of the soap know Whitney was groomed by her mum Bianca’s boyfriend Tony from the age of 12 until she was 16.

Whitney told Bianca what had been happening on her 16th birthday and Tony was eventually sent to prison.

Some years later, Whitney was sent a letter by Tony and when she went to visit him, she learnt he had taken his own life.

But what will Whitney do next now Leo is dead?