There's terror in next week's Emmerdale when Pierce Harris continues to hold Vanessa Woodfield hostage... but soon Rhona Goskirk and Kim Tate are also caught up in the nightmare. Will any of them make it out alive?

Emmerdale fans have watched in horror as Pierce continues to hold Vanessa hostage in a bid to get closer to his ex Rhona.

Pierce has been holding Vanessa hostage for weeks (Credit ITV)

However, next week things still aren't looking good for the terrified vet when she is still under Pierce's control and starting to wonder if she will ever make it out of the hostage situation alive.

But to make things even worse, Rhona and Kim also find themselves trapped by Graham Foster's killer... and the chances of anyone making it out in one piece is looking more and more unlikely.

As Rhona tells the police that she is being stalked by Pierce and is convinced that he's the one who killed Graham, she's left frustrated when they tell her she doesn't have enough evidence to back up her claims. 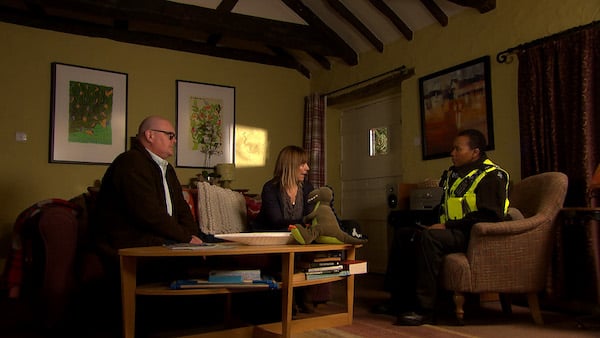 But Rhona goes to Kim with her theory, and after getting a confession from Al that he isn't the one who killed Graham after all, Kim decides to look into Rhona's claims about Pierce more closely.

When she looks at old news reports on Pierce and Rhona, she is shocked to realise that her solicitor Ollie is actually Rhona's ex husband. 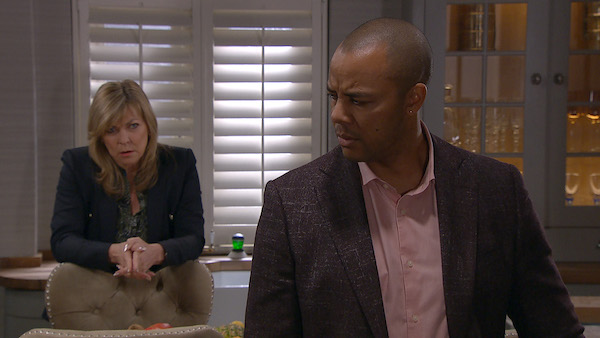 But while Kim is doing her detective work, Rhona has received a video call from Vanessa and is sickened to realise that her best friend is being held hostage by Pierce. 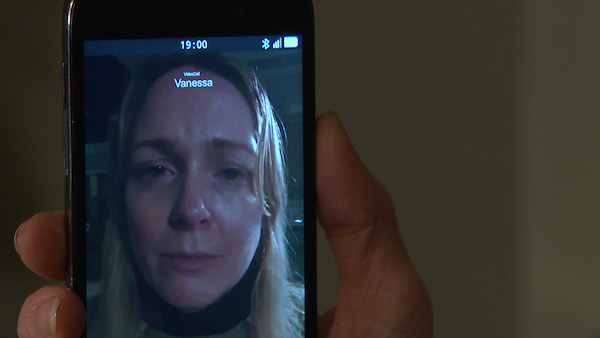 Rhona is stunned to realise Pierce has been holding Vanessa hostage (Credit: ITV) 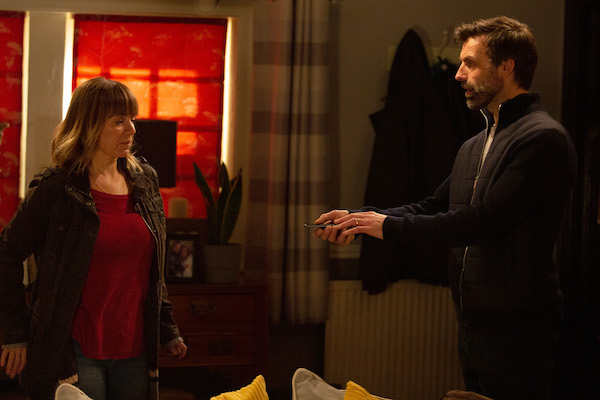 Rhona meets Pierce in the hope she can save Vanessa, but she soon finds herself trapped (Credit: ITV)

Rhona is relieved to have bought herself more time... but when there is a thud upstairs, Pierce is suspicious and goes to investigate.

However, as soon as Pierce has gone, Kim suddenly appears and wants to know what is going on. 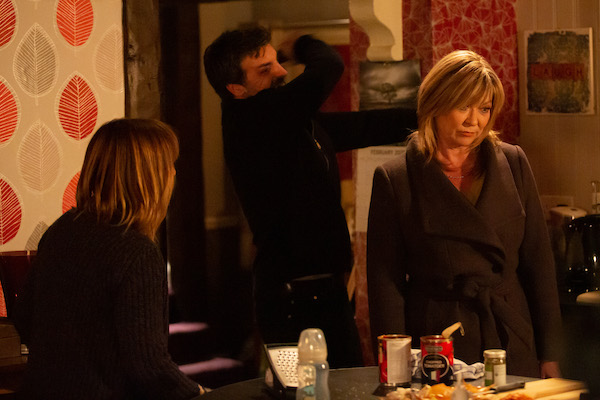 Rhona is terrified as Pierce drags Kim's lifeless body away... but is she dead?

With Rhona trapped by Pierce, Vanessa still being held hostage, and Kim now left for dead in a neighbouring room, things are looking bleak for the trio. 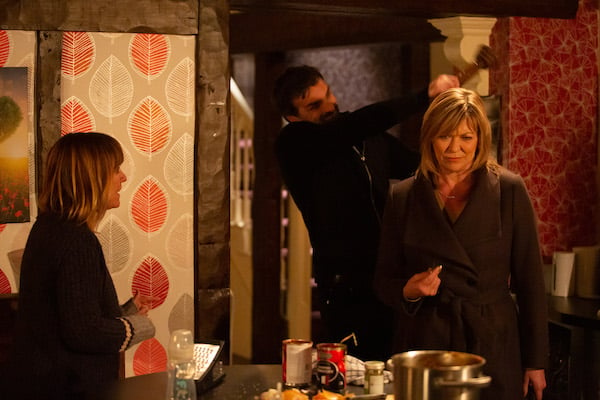 Will anyone come and rescue them before Pierce can move on to the next stage of his master plan?