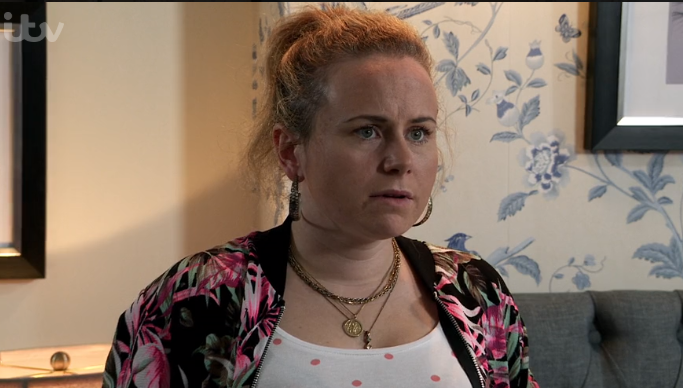 It looks like there could be more tough times ahead for Gemma Winter in Coronation Street as she is set to struggle with postnatal depression, according to reports.

Since the birth of her quadruplets, Gemma has been struggling to cope and after discovering her son Aled is deaf, she was left feeling like a bad mum.

However, it appears her own mum Bernie will return to persuade Gemma to get help for her mental health.

A source told Metro.co.uk: “Gemma has been trying to put on a false pretence that she is managing, but with the Freshco deal, Aled’s hearing, the trouble with the other mothers and the huge pressure and responsibilities, she is not coping.

“She is terrified of being labelled a bad mother and of any harm coming to her babies – she is not sleeping and she is becoming more and more paranoid.

“But it takes a desperate situation for her to even contemplate that she needs to seek help before something worse happens.

“And even then, Bernie is going to have a task on her hands persuading Gemma to open up to medical professionals and tackle this head on.”

It takes a desperate situation for her to even contemplate that she needs to seek help.

Next week, Gemma goes to story time with the quads along with the mums she recently met at the baby senses class.

However she’s so exhausted she ends up falling asleep.

The other mums suggest that she needs some help and Gemma calls Bernie and leaves a voicemail.

It was recently confirmed that Bernie would be returning to the soap after her departure in January this year.

When asked whether Gemma would like to see Bernie back, Gemma actress Dolly-Rose Campbell told Digital Spy: “That is exactly what she needs.

Will Bernie be able to convince Gemma to get the help she needs?