Gail Rodwell has had her fair share of dodgy husbands in Coronation Street so chances are she'd spot a wrong'un a mile off.

And now it looks like she might be about to expose evil Geoff Metcalfe's abuse of Yasmeen Nazir when she catches Yasmeen crying after another of Geoff's cruel remarks.

Geoff fears his grip on Yasmeen is slipping when Alya wants to return to Speed Daal. 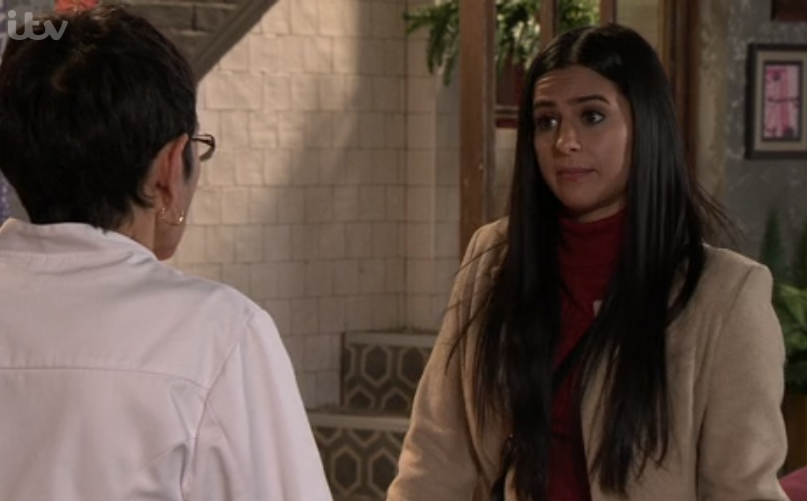 Alya is returning to Speed Daal after her experience with Ray (Credit: ITV)

Knowing this will mean she's around and he'll be unable to exert the control he has over her grandmother as often, Geoff starts to panic.

He starts to pick at Alya too, in the hope she'll end up leaving.

Firstly, he tells Alya and Yasmeen off for talking instead of working, and then he shows Alya a nasty online review and insinuates it's directed at her.

Alya's uncomfortable, but when she finds out Yasmeen has put her back out after moving the sofa as Geoff insists she must hoover underneath it, Alya's very concerned.

Confiding in her gran about her experiences with Geoff, Alya hopes to get Yasmeen talking, but Geoff soon returns home and is angry at his wife for not having his dinner on the table.

Yasmeen tells him she was cleaning out the chicken coop and lost track of time, which doesn't help Geoff's mood.

His demeanour darkens even further when Yasmeen gives him a plate of vegetables and tells him she didn't have enough money to buy meat. 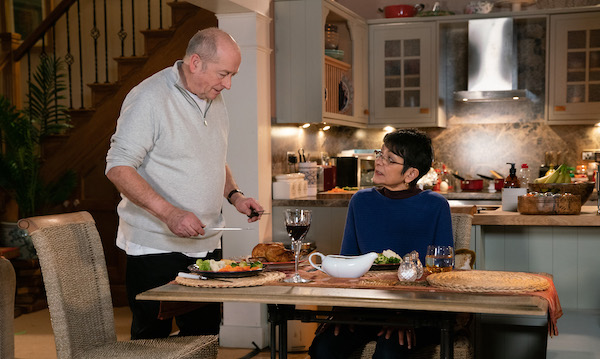 Geoff's nasty abuse is getting Yasmeen down (Credit: ITV)

As Geoff gets angry he once again upsets Yasmeen, who heads outside to tend to the chickens.

It's then that Gail catches her sobbing.

Worried Gail isn't sure what to do, but she catches Alya and Ryan in the street and tells them what she heard.

A deeply troubled Alya knows she needs to do something - but what?

It seems his hold is slipping though, as more and more people are witnessing snippets of his abusive nature.

If someone finally puts two and two together and works out exactly how vile he really is, could Yasmeen be saved at last?

The months of coercive control have certainly taken the toll on Yasmeen.

A couple of weeks ago, Geoff left her locked in a box as punishment for his magic trick going wrong, forces her to clean to fight his imaginary dust allergy, and limits her money after telling the neighbours she is an alcoholic who beats him.