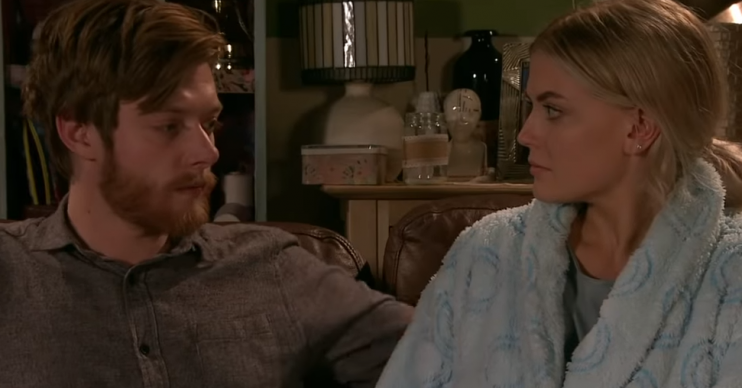 It looks like Daniel Osbourne and Bethany Platt are taking things a step further as he announces they are a couple in next week’s Coronation Street.

On the official ITV previews website, it is revealed Daniel announces to everyone that he and Bethany are an item.

But will everyone be okay with the news?

Back in October last year, Daniel’s wife Sinead passed away from cancer.

However shortly before her death, he ended up kissing Bethany, but was soon caught by Daniel’s dad Ken.

Later, Daniel confessed to Sinead what had happened and she decided to forgive her husband as she didn’t have long left.

After Sinead died, Daniel tried to distance himself from Bethany, but the pair soon rekindled their friendship.

Over the last few weeks, he has been helping her with her writing and getting her to apply for a writing course.

Last week, Daniel was devastated when his son Bertie was taken into hospital with measles.

Throughout the difficult time, Bethany was there to help him.

In Friday’s episode (January 31 2020), Daniel was upset to learn his friend Maria had caught measles from Bertie and was likely the reason she lost her baby.

After Maria’s boyfriend Gary Windass found out, he attacked Daniel and back at his flat, Bethany stayed to keep an eye on him.

As she put her clothes in the dryer, she wore Sinead’s dressing gown causing Daniel to become confused and see Sinead.

He ended up kissing Bethany and asking her to stay with him.

Are you happy for Daniel and Bethany?