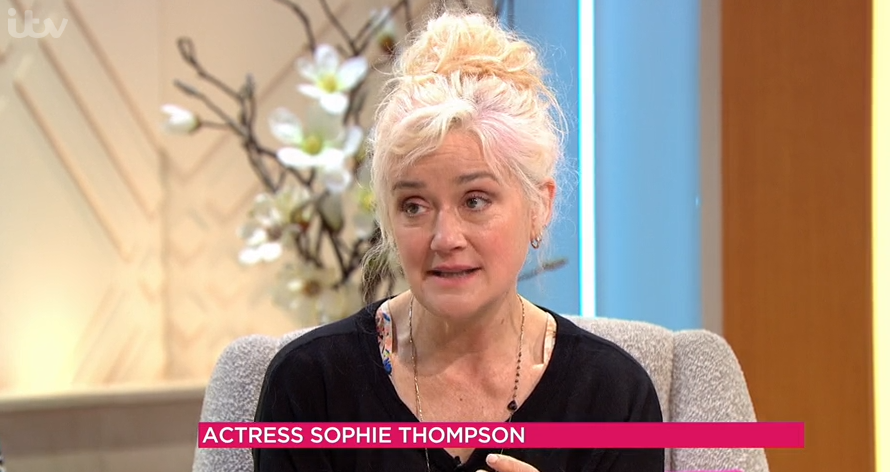 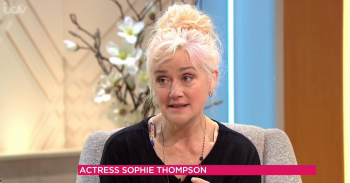 She also discussed what a huge Corrie fan she is

Sophie Thompson has hinted she could return to Coronation Street.

The Harry Potter star portrayed psychic Rosemary Piper on the ITV soap from March to June 2018, when the calculated character conspired with Lewis Archer (Nigel Havers) in a scheme against Gail Rodwell (Helen Worth), and she has teased fans that her dodgy alter-ego could be back on the cobbles at some point soon.

When asked about potentially heading back to Weatherfield during an appearance on Lorraine, which was being guest presented by Christine Lampard, she said: “Well, Christine, Rosemary – she didn’t die, that’s all I’m saying.”

Sophie took inspiration from several legendary female Corrie characters, such as Hilda Ogden (Jean Alexander) during her portrayal of Rosemary.

She said: “I was really inspired by all the women on Corrie.

“Hilda was there for me. She gave me hope, she created this wonderful woman, the costume and the way she spoke.”

And Sophie is such a big fan of the programme she even replicates the famous Betty’s Hot Pot, the signature dish former Rovers Return landlady and barmaid Betty Williams – who was played by the late Betty Driver – made up of chopped and fried lamb, potatoes and onion.

Betty used to cook up her delicacy for the fictional boozer’s customers, who would be regularly seen ordering a hot pot.

She said: “The comedy and the strength of these women … I was in love with Bet and her hot pot, I did a recipe book with Betty’s hot pot in there – that’s how much of a fan I am.”

The former EastEnders star – who played Stella Crawford in the BBC One soap from 2006 to 2007 – previously admitted it is a “strange sensation” joining a soap because serial dramas move at such a fast pace.

She said: “Soap is such an extraordinary thing as you have to get on a bus that’s moving at quite a speed so it’s such a strange sensation.

“It’s like a curious merge, and I always find merging on the motorway quite discombobulating and that merge in work terms is also discombobulating although they’re all so welcoming there, but it’s strange, there’s no getting away from it.”

Would you like to see Rosemary back on the cobbles? Leave us a comment on our Facebook page @EntertainmentDailyFix and let us know what you think!