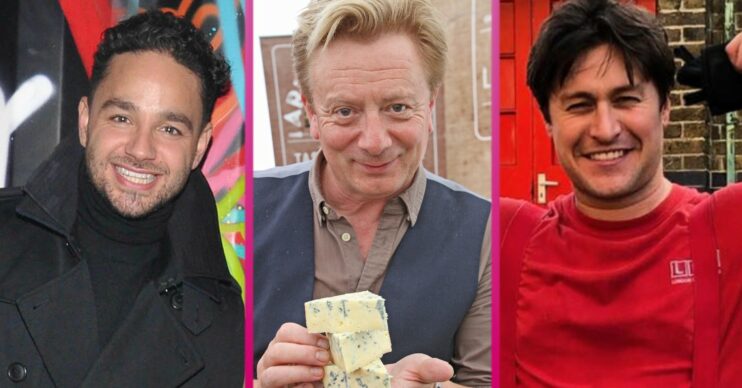 Soap stars who branched out into very different careers

The life of a soap star can be incredibly challenging – so it’s no wonder some choose to leave it behind.

Many stick to acting and make huge successes of themselves, but others decide that a life of fame and fortune isn’t for them and they find new passions.

Here are five former soap stars who have done exactly that.

After quitting Coronation Street in 2005 after 21 years playing Martin Platt, Sean had a decision to make.

As well as continuing acting – and making a brief return to Corrie in 2018 – Sean decided to turn his passion for cheese into a career.

He launched his own company, the Saddleworth Cheese Company and put his money where his mouth was.

Although the company was dissolved in 2009, Sean has continued to sell cheese in and around Manchester.

He was most recently spotted flogging his wares at the Manchester Christmas Markets proving his cheese is still a hit.

When Adam quit Emmerdale in 2018 he was already planning on how to put food on the table if the whole acting thing didn’t work out.

A year later he opened his first restaurant, Stockport’s The Spinn to huge success.

Two years and a pandemic later and he opened a second pop-up in Salford’s Media City.

And he shows no sign of slowing down – much to the sadness of Emmerdale fans who want him back on the soap.

But instead of throwing herself into reality shows and other acting projects – she changed her life completely and became a yoga instructor.

In 2016 she told the Manchester Evening News: “I teach 10 classes a week and I love it.

“It’s great to find a passion in life and I find that yoga helps with the nerves with auditions.

“I did a stage project last year and it helped to do yoga backstage.”

The former EastEnders actor quit acting altogether in 2020 – seven years after his exit from the soap.

But he’s now turned his back on all things showbiz and taken on a very worthwhile career.

Tony stunned fans in 2020 when he revealed he had trained to become a firefighter in London.

The Pete Barton actor threw himself into his fitness goals after quitting the soap in 2019.

And it’s paid off with a host of advertising deals with his chiselled body.

Now Anthony has set up his own gym and personal training business and he’s fully focused on that.

It even led him to new love Nikki Sanderson of Hollyoaks fame.