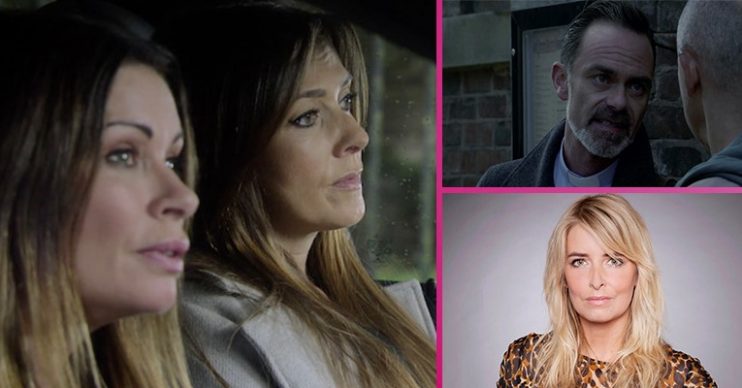 There's an hour-long special in Weatherfield

We’re off to Emmerdale and Coronation Street on Friday November 15.

There’s no outing to Walford as over on BBC One it’s Children in Need night. But you will be able to catch the EastEnders taking to the dancefloor for a Strictly Come Dancing special.

In the ITV soaps, Charity continues to cause trouble, while Laurel wants to make peace.

And Michelle finally finds out about Robert in Corrie – it’s about time – while Daniel is urged to come home.

Here are the seven biggest spoilers from tonight’s soaps.

Laurel is concerned how her friendship with Nicola will survive the accusations against Jimmy.

She tries to broker peace between everyone, but will she succeed?

Charity is still at odds with her family, but Sarah’s not on board with the ban on her seeing Cain and defies Charity’s orders.

Wanting to get control back, Charity draws up a rota for the pub meaning she and Chas won’t have to work the same shifts.

Chas is horrified, unsure how she’ll work her shifts around having a newborn baby.

Will Charity come to her senses and make amends?

Cain is still struggling following his split from Moira, but in true Cain style is acting the hardman instead of dealing with it.

Chas decides it’s time to confront him, but will she get through to her brother?

1. Michelle finds out the truth

As Robert goes to see Vicky to tell her it’s over, he’s totally unaware Michelle and Carla have got his phone.

They follow him to the address and see a devastated Vicky chucking him out on the street.

Back at home, Michelle FINALLY confronts Robert about his pregnant girlfriend, but can he talk himself out of it again?

Michelle later goes to see Vicky, but what will Vicky tell her?

With Ken and Claudia returning from Scotland, having failed to find Daniel, Peter is stunned when he gets hold of his brother and discovers he’s in Cheshire.

Daniel is surprised when he’s sitting on a blustery hillside with Bertie and Peter sits down next to him.

Peter begs Daniel to come home saying the worry is taking its toll on Ken, but will it work?

Paul’s unhappy when Bernie reveals Kel is due back and she suggests a family meal. Paul says he won’t be attending.

Billy wants to help the family so offers Bernie a cleaning job at the church, which Gemma insists her mum takes.

Kel arrives for the meal and when he’s leaving, he kisses Bernie goodnight. Billy catches him outside and warns him to stay away from No.5 and from Joseph or else he’ll regret it.

Kel’s left shaken, but will he stay away?

Amy stages a fall, tripping over on purpose and faking a sprained ankle.

Concerned Emma helps Amy home and points out they now won’t be able to go to the Little Mix gig.

Gutted Amy reveals there’s nothing wrong, desperate not to miss the concert. She admits she faked her injury to get Emma to stay.

Emma tells her they’ll always be sisters and Amy is welcome at her flat any time she likes.