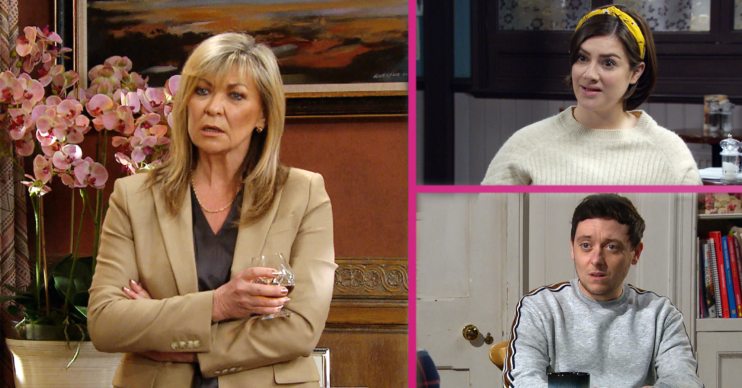 Kim's health takes a turn for the worst

Soap spoilers for next week’s Emmerdale see Kim Tate suffer a shock collapse, but what does she secretly think is causing her ill-health?

Also, Matty makes a big decision about his future. Kim is fuming when Andrea and Jamie announce they have settled their divorce amicably.

She’s not happy when Jamie admits he has given Dale View to Andrea and Millie in the settlement. 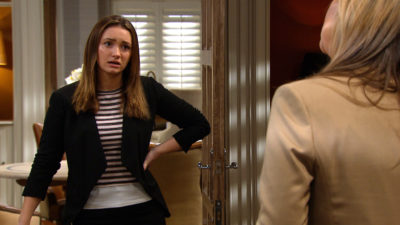 After Jamie fires some vicious parting shots at his mum, Kim takes her frustrations out on Gabby.

Kim swigs brandy as she tries to throw Gabby out.

But something isn’t right and she feels woozy and disorientated. 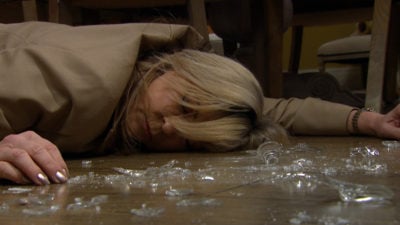 As Gabby slams her way out of the house, Kim suddenly collapses and loses consciousness.

Lydia is shocked to find Kim out cold on the floor when she arrives for work the next morning. 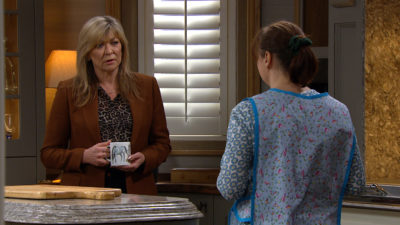 Kim panics when Lydia tells her she needs to see a doctor.

She is secretly terrified that she could be seriously ill and starts researching something online. 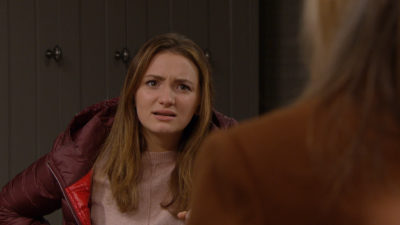 Later Gabby arrives and sees what Kim has been looking up her computer.

Soon Kim opens up about her fears to Gabby… but what caused Kim to collapse? 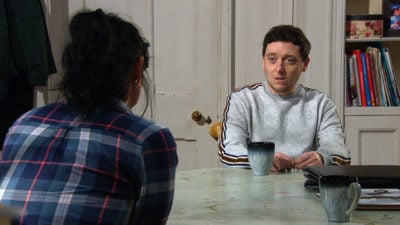 Matty tells Moira that he has a consultation to get on the waiting list for lower surgery.

Moira is full of support as they attend the online appointment together. 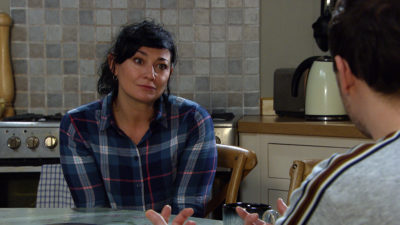 But afterwards Moira is worried Matty is having the surgery for Amy and not himself.

Matty is adamant that he is going through with it for all the right reasons.

He tells his mum that Amy doesn’t even know about his consultation. 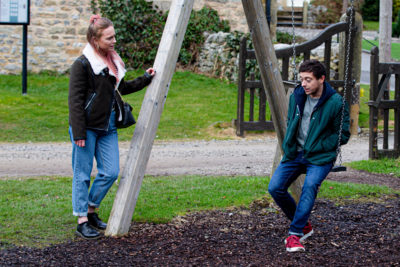 Later Amy is worried when Matty leaves their lunch date early and then doesn’t return her calls.

She asks Moira what is wrong, but Moira encourages her to talk things through with Matty.

Soon Matty opens up and Amy tells him she will support him every step of the way. 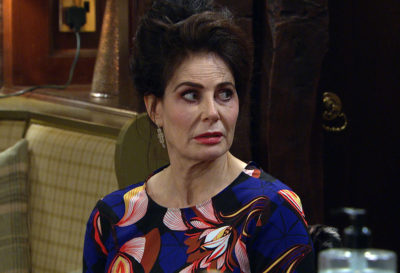 Faith gives Lydia £1000, claiming that she got the cash by selling the hearse.

But why is she giving the money to Lydia? And where did she really get the cash? 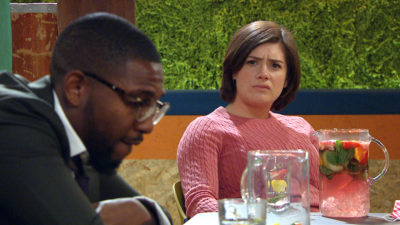 Ethan and Victoria have a heart to heart about their pasts.

Victoria listens as Ethan opens up about his mum leaving when he was three.

Victoria has the idea of searching for Ethan’s mum via her medical records. But will her plan work?