Will Gabby lose her baby?

Soap spoilers for next week see Emmerdale’s Gabby collapsing in pain after discovering Jamie has been tricking her.

Meanwhile, Harriet’s on the edge as the grave exhumation unearths something unusual. 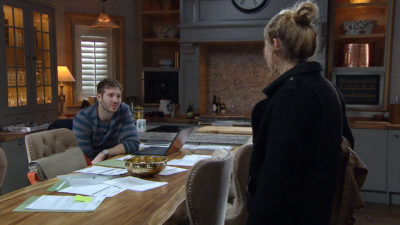 Jamie is confused about where he stands with Dawn after getting mixed signals.

Dawn admits she still has feelings for Jamie and they share a kiss. 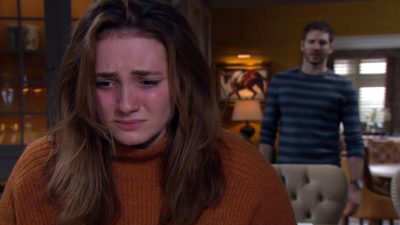 Gabby sees Dawn and Jamie kissing and she is devastated.

She realises Jamie has been playing her and confronts him about his lies. 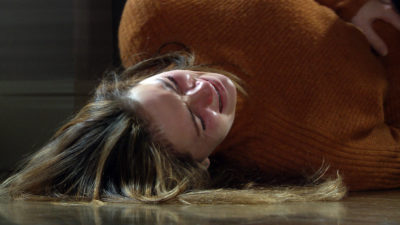 But as Gabby rushes to tell Kim what has happened, she starts to feel dizzy.

Gabby clutches her stomach in pain and collapses, but Jaimie just stands by and watches. 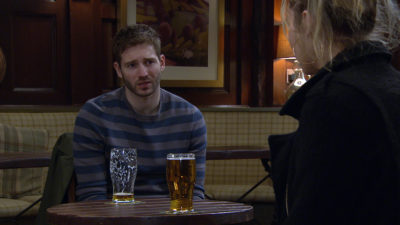 Kim tells Dawn that Jamie has been pretending to be Gabby’s boyfriend.

She reveals that Jamie is doing it to convince Gabby to have an abortion.

Dawn is sickened and confronts Jamie about his cruel plan.

Jamie begs Dawn for one last chance and she reluctantly agrees. 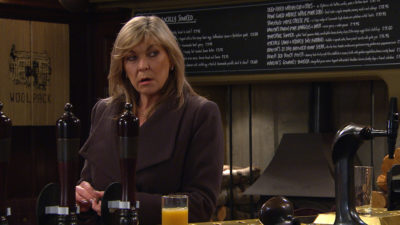 Kim is seething that her plan to split them didn’t work.

She takes action and slips something into Dawn’s drink at the pub.

Kim knows Dawn has a meeting with her social worker.

Has she just sabotaged Dawn’s chances of getting Lucas back?

Read more: What did Faith Dingle do to upset Cain and Nate – what made her leave? 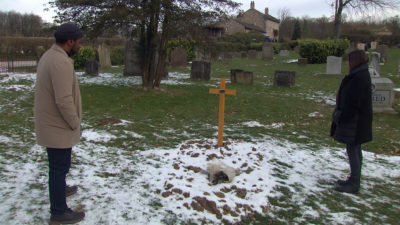 Harriet is spooked when Charles finds her staring at the grave Malone was hidden in.

Charles confirms that the exhumation will go ahead the following day. 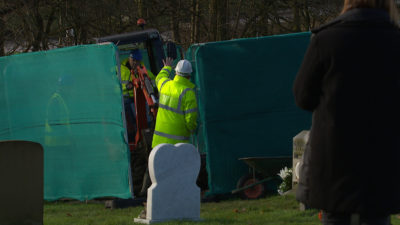 As the exhumation gets underway, Harriet desperately hopes nothing will go wrong.

Charles watches Harriet, worried about her state of mind. 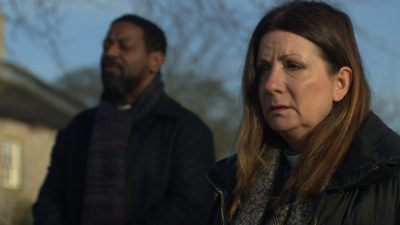 Disaster strikes when one of the foremen spots something unusual at the grave.

Harriet freezes with fear. What have they found?

Read more: When did Jimmy King join Emmerdale and how many kids does he have?

3. Who is watching Nicola and Jimmy? Nicola opens a letter from Juliette’s solicitor and Jimmy is shocked by what it says.

It tells them Juliette wants to formalise the arrangements for seeing Carl.

Ethan recommends they keep things civil so Jimmy calls Juliette and says she can see Carl. 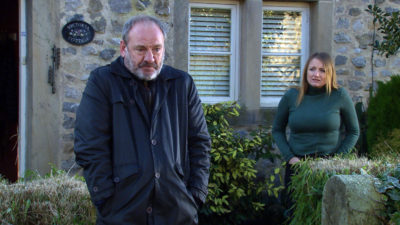 Jimmy is upset as he watches Carl head off to the park with Juliette.

Later Nicola finds herself on the receiving end of Jimmy’s frustration.

But the pair don’t realise someone is watching them from afar.

The mysterious figure takes pictures of the couple… who has got it in for them?