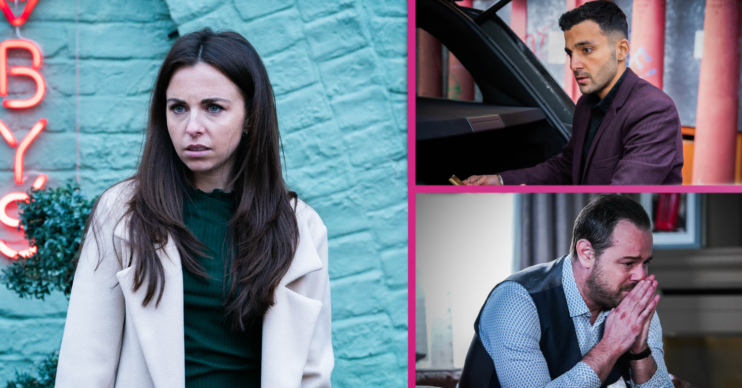 Mick and Linda move back in to their beloved pub

Soap spoilers for next week see EastEnders’ Mick and Linda return to the Queen Vic, but their happiness is short lived when the police drop a bombshell about Katy.

Elsewhere, Jean goes to desperate lengths to stop Stacey going to prison, but will her plan work?

1. Mick’s week of highs and lows 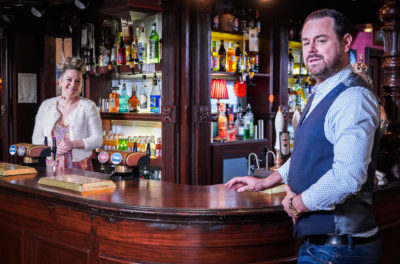 Mick and Linda are back where they belong behind the bar of the Queen Vic.

But Mick’s good mood is soon shattered when DI Pine comes to see him. 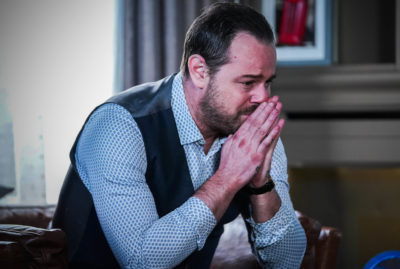 DI Pine reveals that Katy has been arrested and Mick is shocked by the news.

The police are now appealing for more survivors, and the revelation leaves Mick reeling.

Now that the news about Katy’s abuse is out, Mick feels anxious.

He is worried that people will work out what happened to him and start talking. 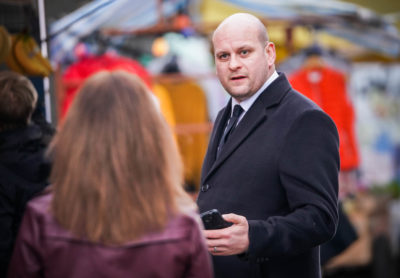 Meanwhile, Rainie and Stuart are suspicious about how everything has worked out for the Carters.

Stuart learns a woman has been arrested for historical child abuse offences.

He starts to put the pieces together and realises what happened to Mick. 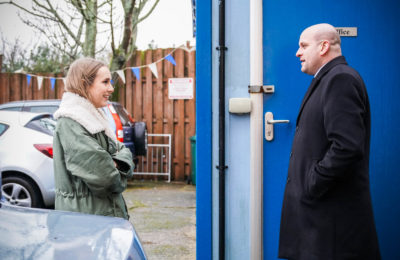 Stuart wants revenge for Mick, and calls Frankie to meet him at the car lot.

Later Mick gets a worrying message from Stuart and rushes over to find him threatening Frankie.

Will Mick admit to Stuart who Frankie really is?

Read more: EastEnders: What it would really cost to live on Albert Square

2. Jean tries to save Stacey 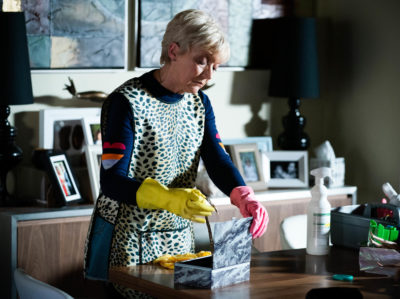 Stacey needs a solicitor but the Slaters can’t afford one, so Jean comes up with a plan.

While cleaning Gray’s house, she steals one of Chantelle’s expensive necklaces.

Jean takes it to the pawn shop, feeling overcome with guilt. 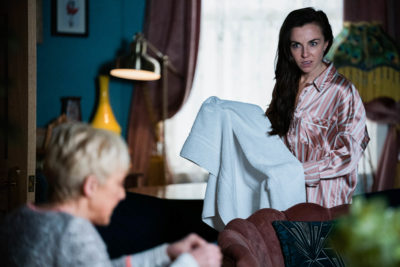 Jean continues her plan to save Stacey and lets herself into Ruby’s house.

Ruby’s shocked when she finds Jean waiting in her living room.

Jean begs Ruby to drop the charges against Stacey and Ruby finally agrees. 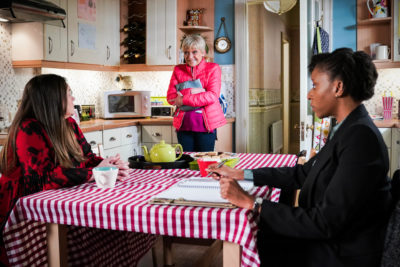 Stacey sits down with her solicitor who tells her she could be out of prison in 6 months.

Jean busts in to tell them Ruby is dropping the charges.

But Stacey is suspicious and wants to confront Ruby about her change of heart. 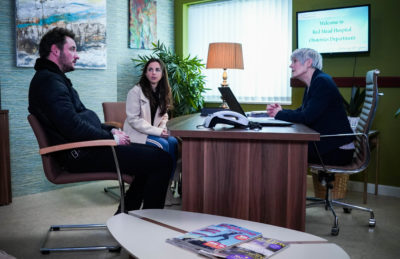 Meanwhile, Ruby and Martin go and see a doctor, but the news isn’t good.

The doctor reveals that Ruby has endometriosis which affects her fertility.

Will this new bombshell change Ruby’s decision to drop the charges against Stacey?

3. Vinny tries to prove himself 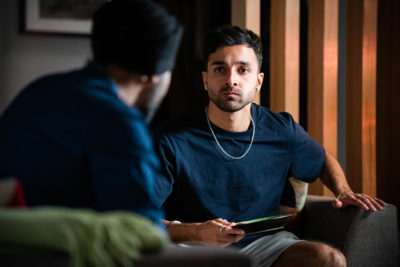 Kheerat gives Vinny a chance to prove himself by offering him a role in the family business.

He asks him to look after Stas’ associate…  but Vinny’s miffed to realise he’s just a driver. 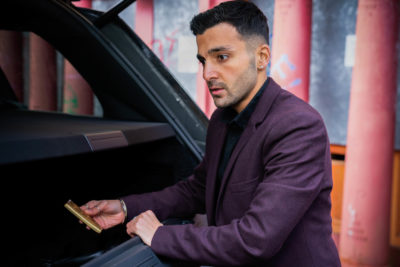 Vinny goes along with the job, and he is stunned to find a bag of gold bars in the boot.

But things turn sinister when Vinny gets into the car to find the businessman is dead.

How is Vinny going to get himself out of this latest mess?