Time's up for Chelsea

Soap spoilers for next week see trouble looming for EastEnders’ Chelsea as she gets caught by airport security while doing the drugs run for Caleb.

Elsewhere, an unexpected death shocks Kathy and Sharon, while Suki does her best to split up Peter and Ash. 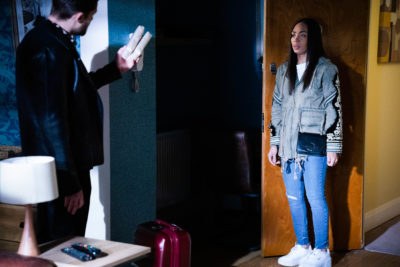 The time has come for Chelsea and Lucas to do the job for Caleb.

But when Caleb arrives with yet more drugs for them to carry, Chelsea panics. At the airport, Chelsea and Lucas approach security.

As their cases go through the scanner, Chelsea panics when a security guard opens her case.

Terrified that things aren’t going to plan, Chelsea braces herself for the drugs to be found.

How will Caleb react when he hears what has happened?

2. Death shock for Kathy and Sharon 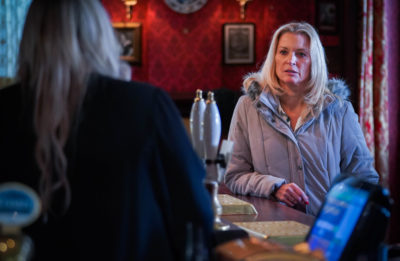 Kathy arrives at The Vic and tells Sharon that her biological dad, Gavin, has died.

Sharon is reeling when she realises Kathy is planning to go to evil Gavin’s funeral.

Sharon’s determined that Gavin can rot in hell, until a comment from Callum changes her mind. 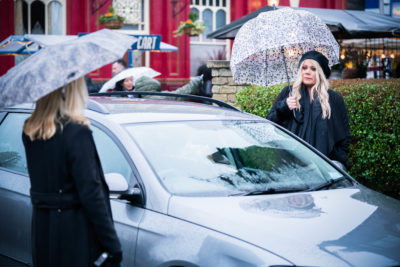 Kathy and Sharon head off to the funeral together.

At the wake, Kathy can’t help but think about Ian and the pair open up to one another. 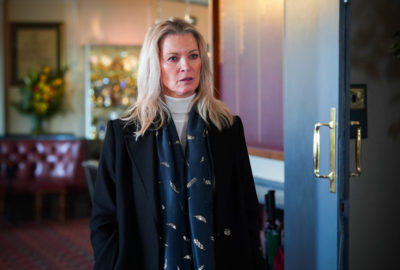 Kathy pushes Sharon to reveal what really happened with Ian before he left Walford.

Will Sharon admit to poisoning Ian? 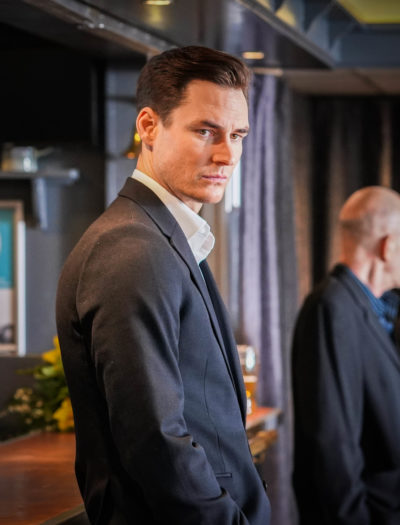 Soon thoughts of Ian are forgotten when Sharon and Kathy meet the mysterious Zack.

Zack makes a scathing toast to Gavin at the wake, leaving everyone fuming.

But while no one is looking, Sharon grabs Gavin’s urn and throws it into a nearby bin.

Zack makes a quick exit from the funeral, but who is he and how did he know Gavin? 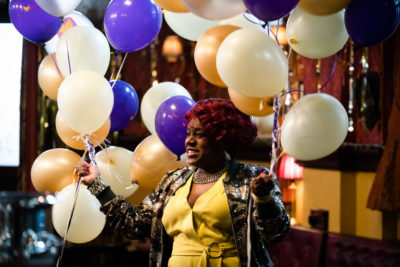 Later, Sharon packs up her belongings at The Vic and Kim offers to throw her a leaving party.

Admitting she’s lonely, Sharon agrees and Kim’s in her element organising the bash.

But when it comes to the crunch, will Sharon be able to say goodbye to her beloved pub? 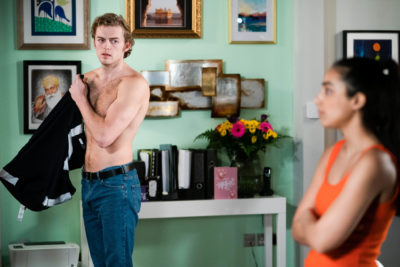 Sparks fly between Peter and Ash as they make the most of having the house to themselves. 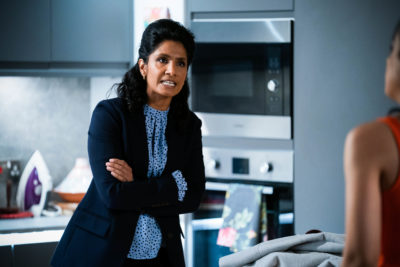 But Suki arrives home and catches them together.

She tells Ash she knows she’s been suspended from work.

With her hearing looming, Ash is confident that she will get her job back with Peter’s help. Cold-hearted Suki tries to sabotage her daughter’s job in a bid to split up Ash and Peter.

But will her shady antics work?