Also, Johnny is beaten up in prison and Asha and Nina hit the rocks. 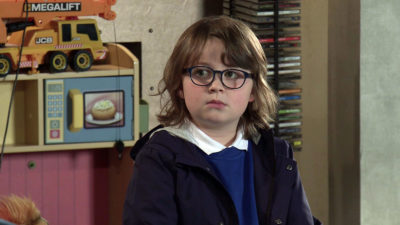 Nick is shocked when Sam reveals he saw Simon and Jacob attacking someone.

Horrified by what she’s hearing, Leanne demands the truth from Simon.

He lies to cover his tracks, but when Leanne finds his stash of coke his secret is blown. 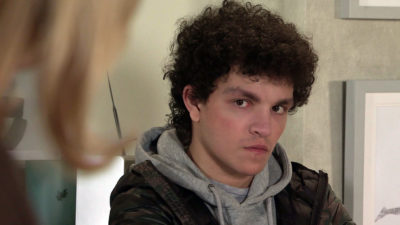 Simon angrily tells Leanne he’s dealing drugs because someone’s got to put food on the table.

Leanne promises to help and demands they go to the police, but Simon explains he owes his boss money and his life’s in danger.

Leanne’s sickened when she realises the enormity of what Simon’s got himself in to. 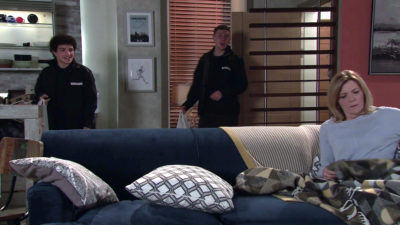 Leanne’s fuming when Simon brings Jacob back to the flat.

She is even angrier when later she catches the pair counting their drug money.

When Jacob makes a dig about her dead son, it is the end of the line for Leanne. 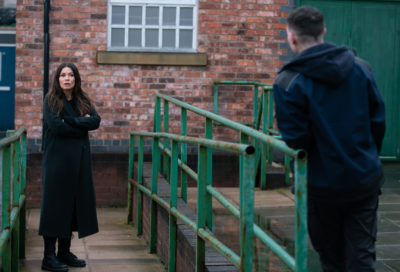 Desperate to help Simon, Leanne turns to Carla for help.

Not wanting to worry Peter, Carla takes on Jacob herself and warns him off. But Carla’s words fall on deaf ears.

Later Jacob upsets Leanne again over Oliver and she threatens to call the police.

Will she shop her own son?

Read more: What happened to Oliver in Coronation Street? How did Leanne’s son die?

Yasmeen starts to throw out all of Geoff’s belongings.

A shocked Tim promises to transfer everything he inherited from Geoff over to her.

But when Tim calls over with the paperwork, Yasmeen has a panic attack. 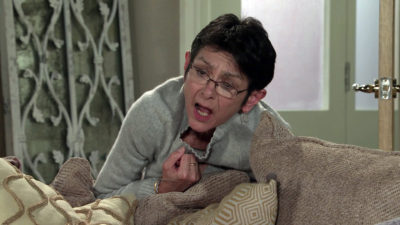 Convinced that she is going back to prison, the stress gets too much for Yasmeen.

Alya is horrified to find her locked in the house and clutching her chest in pain. 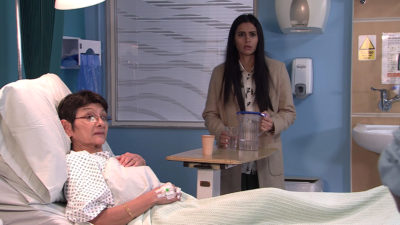 Tim and Alya break into the house and Yasmeen is rushed to hospital.

The doctor reveals Yasmeen has had a severe panic attack.

Alya worries that her gran will never be free from Geoff. 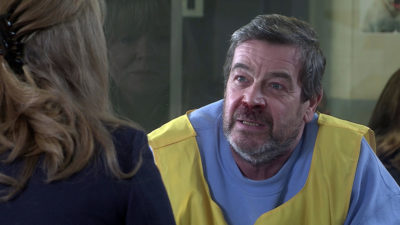 After not taking his MS meds, Johnny has saved up a stash of pills.

Johnny tries to set him straight, but Kai beats him up.

Jenny’s horrified, but Johnny admits he doesn’t want to take his meds because then he won’t see Aidan.

Jenny begs Johnny to take the pills or he could die. Will he listen?

4. Trouble for Nina and Asha Asha is upset when Nina chooses to go bat watching with Roy instead of spending time with her.

Nina assures Asha that she hasn’t gone off her, but Asha worries when she turns down an invite to Dev’s party.

Later Aadi works out that Nina offered to look after the cafe to avoid the party.

He confronts Nina about lying to Asha and she admits it felt too soon to go to family parties. 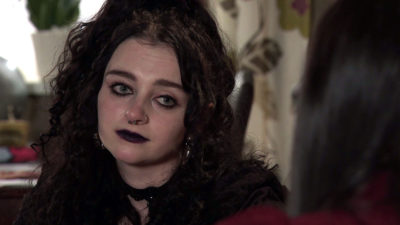 Eventually Nina goes to the party and Asha is thrilled.

But Nina squirms when Dev makes a speech welcoming her to the family.

Later Asha tells Nina she is in love with her, and Nina is stunned.