Leanne puts herself in grave danger

Soap spoilers for next week see Coronation Street’s Leanne out of her depth as she takes on drug dealer Harvey.

Also, Ronnie drops a huge bombshell on the Bailey family and Tyrone struggles with his feelings for Alina.

1. Leanne makes a deal with the devil 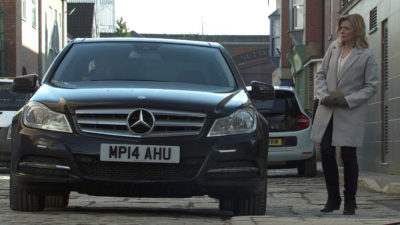 Desperate to help Simon, Leanne asks Nick for a loan.

Oblivious to what it is for, Nick gives her £1k.

Leanne panics that she doesn’t have the whole £2k Simon owes Harvey.

Terrified, she meets Harvey and hands over the cash. 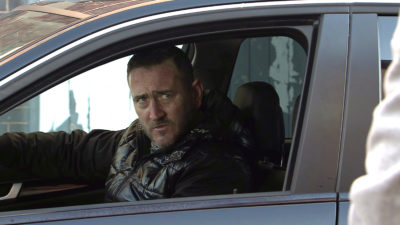 Harvey is unimpressed that the money is short.

He tells Leanne that unless she coughs up, he’ll put her and Simon in hospital. 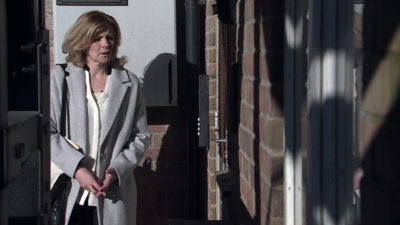 Leanne lies to Simon that their troubles with Harvey are over.

But secretly she has been forced into delivering drugs for Harvey to pay off their debts. 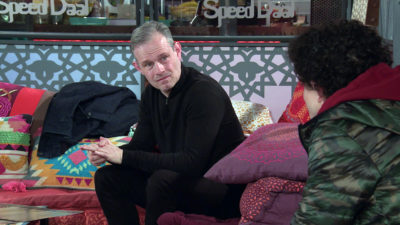 Simon meets Nick at Speed Daal, but they worry when Leanne is a no show.

When she arrives late and flustered, she assures the pair everything is fine.

Has Leanne just made the situation with Harvey even worse? 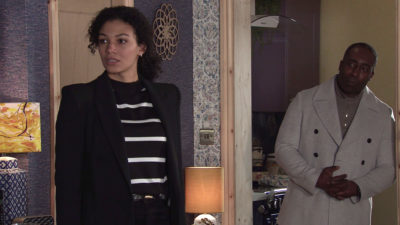 Ronnie’s estranged wife, Kat, arrives in Weatherfield but he refuses to come home.

She accuses him of running away to be with Aggie.

But Ronnie admits he has come to Weatherfield to find out if Michael is his son! 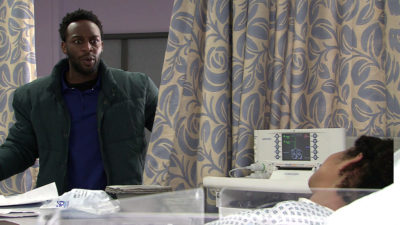 Oblivious to the drama unfolding at home, Michael rushes to be by her side. 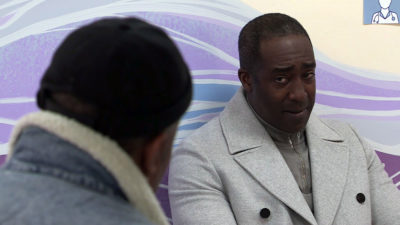 At the hospital Ed asks Ronnie why he is so on edge.

Ronnie braces himself and admits he had a relationship with Aggie before she married Ed.

Ed’s speechless as his brother reveals he thinks Michael could be his son. 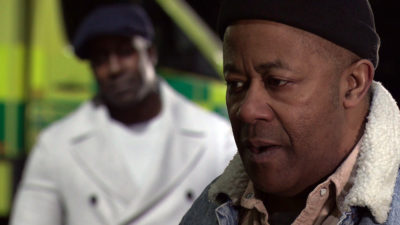 As Ed struggles to get his head around the bombshell, Michael announces Grace has had a girl.

But there’s more drama when the baby is put on a ventilator because she’s struggling to breathe. When Alina buys an old car Tyrone offers to take a look at it for her.

Alina admits she’s a dab hand with cars because her grandad taught her, leaving Tyrone smitten.

Later, Seb plucks up the courage to tell Alina how he feels about her.

But he’s heartbroken when Alina admits she’s in love with someone else. 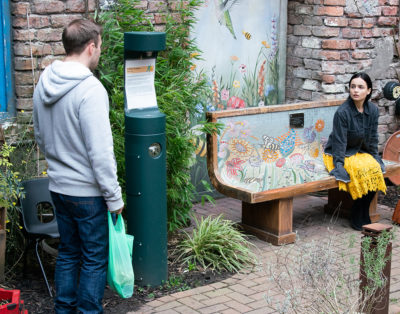 Tyrone’s shocked when Alina admits she has fallen for him. Is the feeling mutual?

Tyrone gets home to find Fiz talking to Adam about writing a will.

Fiz jokes it would just be easier for them to get married, leaving guilty Tyrone in a spin.

As Tyrone meets Alina again, an oblivious Fiz books a secret wedding to surprise him.