Has Peter fallen off the wagon again?

Soap spoilers for next week see Coronation Street’s Peter rushed to hospital once again, but has he lost Carla for good this time?

1. Peter’s life hangs in the balance 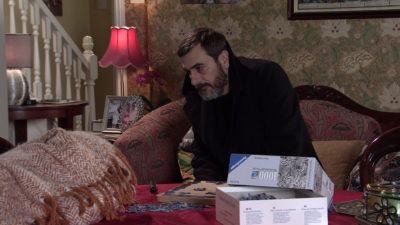 When Peter comes home slurring and stumbling, Steve is fuming.

Peter tries to ask Steve for help but, disgusted by his behaviour, Steve locks him in the house.

Later Peter tries to drag himself to the front door, but collapses. 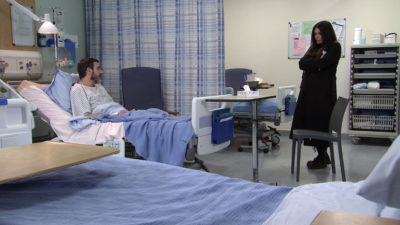 Finally Peter is rushed to hospital and promises Carla he’s not been drinking.

She doesn’t believe a word and tells Peter she no longer trusts him. 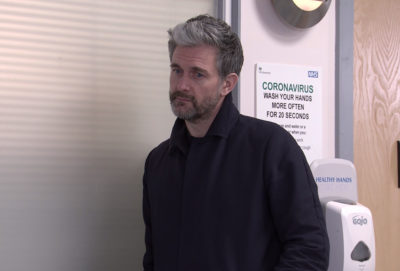 Lucas arrives and asks Carla to come back to Devon with him.

She is shocked at his poor timing, but it’s clear she’s tempted. 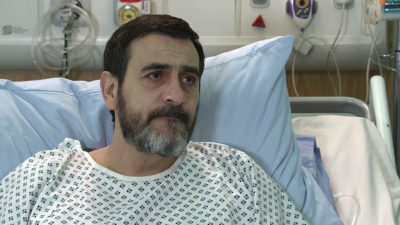 The doctor confirms Peter hasn’t been drinking and everyone is stunned.

Tests reveal that toxins from his liver failure caused the disorientation.

Carla begs for Peter’s forgiveness, but he tells her not to be with him out of pity.

What will she decide? 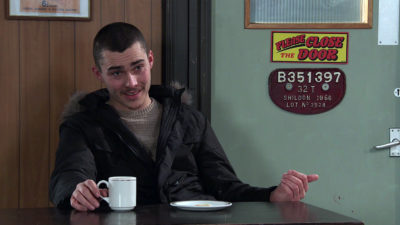 Corey is stunned when he discovers Asha is seeing Nina now.

He throws insults around before storming out of the cafe.

Asha isn’t bothered and is adamant she is better off without Corey. 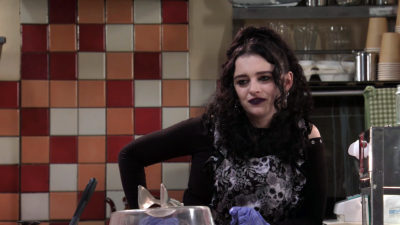 Desperate to impress Nina, Asha books a night away at a hotel.

But Nina tells Asha that she isn’t ready for a sexual relationship and breaks up with her.

Asha is devastated and asks Kelly and Summer to buy drugs with her. 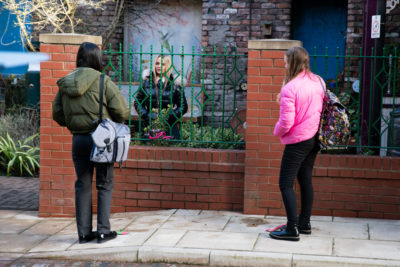 Kelly persuades Simon to sell her some pills and the girls take them.

But things take a sickening turn when Kelly collapses.

Summer and Nina call an ambulance, but will Kelly be okay?

Read more: Who plays Jacob Hay in Coronation Street? What else has actor Jack James Ryan been in? 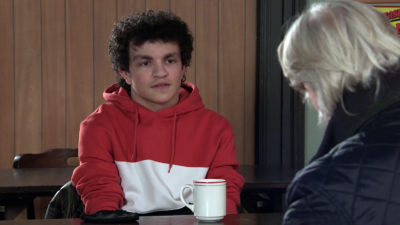 Ken takes Simon to the cafe to talk about his new ‘friends’.

But nothing gets through to Simon because he’s soon hanging out with Jacob again.

He brings a gang of lads to the flat, causing a scared Leanne to hide in her room. 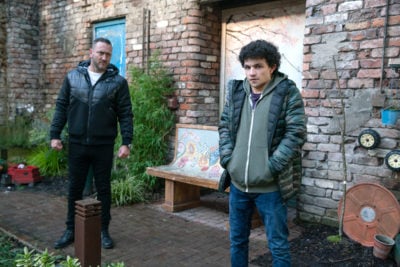 Simon’s horrified when Jacob admits he’s been ripping off their boss, Harvey.

He pays him to keep quiet, but soon Simon finds himself in an impossible situation.

Will Simon admit he knew? 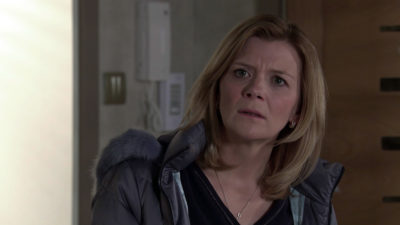 Simon tells Harvey he wants out, but Harvey points out he still owes £2k.

Simon tells Leanne everything and she’s adamant they go to the police.

But when news of Kelly’s collapse gets out, Simon knows he’ll be blamed.

Leanne tells Simon she will meet Harvey, but is she putting herself in danger?