Asha wants to get to the truth

Soap spoilers for next week’s Coronation Street reveal Sam is kidnapped by one of Harvey’s gang members.

Meanwhile Johnny returns from prison, but it seems Jenny is hiding something. And Asha is determined to get the truth from Corey. 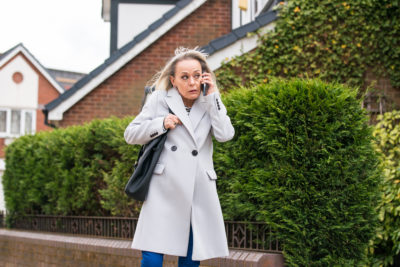 Sharon tells Harvey she plans to find out Simon’s gamertag and trace him online.

Having formed a plan, Sharon invites Dev to share a bottle of wine.

Sharon thanks Dev for a lovely evening. But she makes out she lost an earring and it may be in his house. 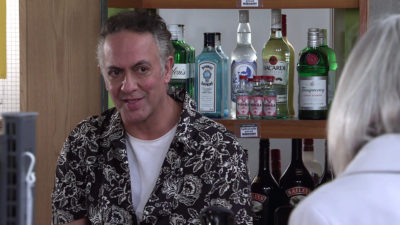 Dev gives Sharon the keys. She lets herself into No.7 and messages Simon from Aadi’s console.

When Dev returns, Sharon is worried Aadi might see the message she sent to Simon.

She convinces Dev to ban Aadi from videogames for a week, as his choice of games are too violent. 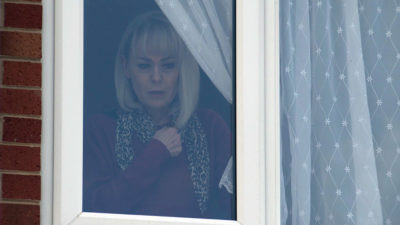 Dev is in his element when Sharon agrees to come over again for another drink.

As Dev goes to the shop, Sharon goes back on Aadi’s console and messages Simon, asking where he is.

Meanwhile Natasha takes Sam’s phone away when she find out he’s been messaging Nick.

Sharon tips off Harvey that Sam is going for tea with Gail and sends his sidekick a photo. 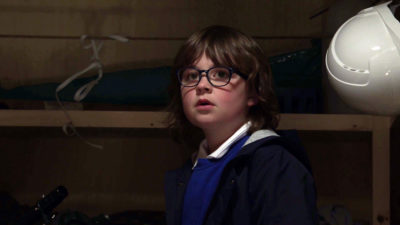 As Sam approaches No.8, he’s lured into the van by one of Harvey’s men. The door shuts and he drives off.

Natasha is worried and calls at No.8 telling Sarah and Shona that Sam has gone missing and she confiscated his phone.

Meanwhile, at the hideout, Nick and Leanne learn Sam has gone missing. 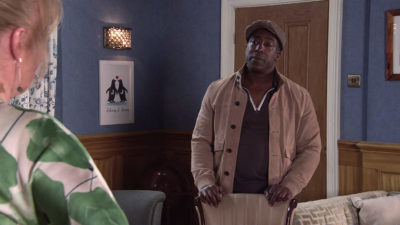 Ronnie suggests to Jenny that she should come with him to pick up Ed’s campervan.

Daisy clocks how close they appear to be. Jenny is uncomfortable when Johnny calls and asks about the new B&B guest.

Having returned to the Rovers, Jenny thanks Ronnie for the ride in the campervan.

The chemistry between them is evident. 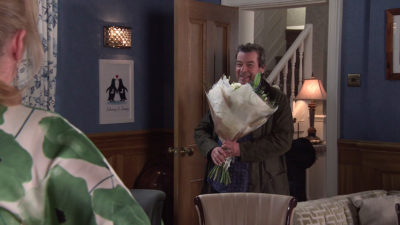 Both Ed and Jenny are shocked when Kat turns up and reveals she’s Ronnie’s wife, not his business partner.

Jenny makes it clear to Ronnie it’s time he moved out. With his bags packed, Ronnie begs Jenny for another chance.

Soon Johnny arrives home unexpectedly with a bunch of flowers. But is Jenny hiding something?

4. Asha is determined to get the truth 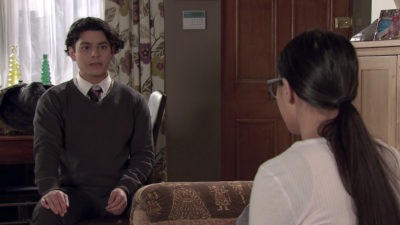 Aadi wonders why Asha has decided to defend Corey and reckons she’s hiding something.

She confides in Aadi that she despises Corey. Asha reckons he’s guilty.

She reveals she’s just pretending to take his side in the hopes he’ll slip up and she’ll get to the truth. 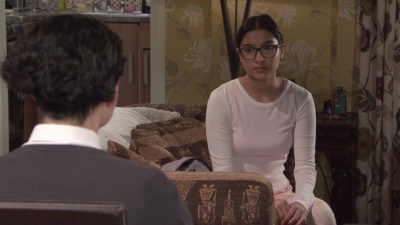 Read more: Who plays Corey Brent in Coronation Street and what else has he been in?

Asha offers to look after them in the hope Nina will change her mind. Roy is grateful.

Later Asha texts Corey, determined to win his confidence and find out the truth.

5. Tyrone and Alina take the next step in their relationship 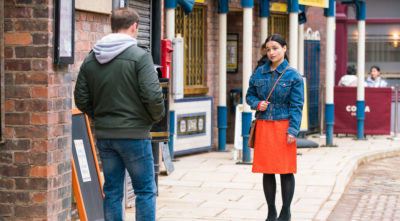 Alina confides in Tyrone she’s not ready to look for a new flat as the salon flat reminds her of Seb and she finds it comforting.

When Debbie announces she’s selling the salon flat and wants them to move out, Tyrone wonders how he will break the news to Alina.

Debbie offers Tyrone first refusal on the flat if he wants to buy it.

Tyrone asks Kevin if he can lend him £8k to buy the property. 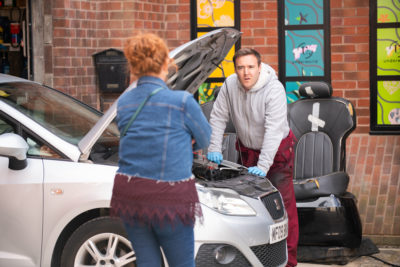 Alina reveals their plans to buy the salon flat to Emma, telling her she can stay as long as she likes.

Emma tells Fiz Alina and Tyrone’s plan to buy the flat. How will Fiz react?