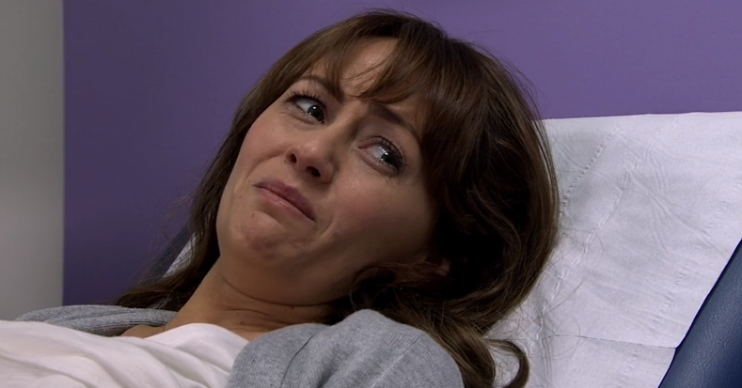 Viewers of Coronation Street have praised the soap for raising awareness of vaccinations.

At the beginning of last week, baby Bertie fell ill with measles as a result of not receiving his vaccinations.

The viral illness was soon passed onto a pregnant Maria Connor, resulting in her suffering a miscarriage.

Viewers have praised the soap for raising awareness of vaccinations and bringing attention to what can happen if people aren’t vaccinated.

Good to see @itvcorrie starting a storyline around a 12 month old whose father didn't take him for second vaccinations, as it upset him.. the wee boy now in isolation in hospital.. high temp/rash etc… 🤔🤔🥺🥺 #VaccinesWork #Corrie #Bertie

A couple of weeks ago, Daniel took Bertie to get his jabs.

However, when the tot got distressed, Daniel freaked out and walked out without finishing the vaccines.

He has since failed to take him to the doctors and as a result, the baby caught measles and was admitted to hospital.

The day before Bertie was taken ill, friend and neighbour Maria gave the baby a cuddle but soon spotted he was feeling hot.

As Bertie was in hospital, Sarah and Ali noticed that Maria was unwell and she soon discovered she was bleeding.

When she went to hospital, she learned that her baby no longer had a heartbeat and had sadly died.

But Ali, who is a trained doctor, noticed her coughing and after examining her, he was clearly concerned.

Another doctor confirmed she had Koplik spots, which is an early indication of measles and is likely the reason she lost her baby.

When Daniel learnt that Maria had caught measles – most likely from his son – he felt terrible.

Maria’s boyfriend Gary was furious when he learnt Daniel didn’t get his son vaccinated and ended up punching him.

Are you glad the soap did this storyline?