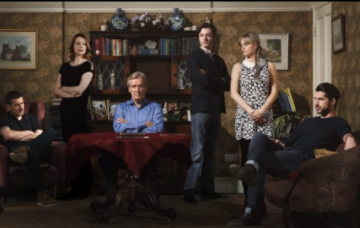 Fans say their favourite soap family to live next to would be Coronation Street’s the Barlows.

A survey carried out by Inside Soap, ahead of the Inside Soap Awards on Monday October 7, revealed that viewers would love to live next to the famous soap family.

Ken’s clan received 20 per cent of the vote in the poll.

However, a whopping 28 per cent said they would definitely not like to live next to EastEnders Mitchell family, whilst 20 per cent wouldn’t want to live near the Slaters either!

When it comes to missing past characters, 32 per cent of those surveyed admitted they missed Jack and Vera Duckworth of Coronation Street the most.

And Grant Mitchell (Ross Kemp) following swiftly behind with 12 per cent.

And picking what to eat whilst they watched their favourite soaps, 23 per cent of those surveyed like to munch on tea and biscuits!

A further 22 per cent ate their dinner whilst watching soap. Chocolate was also popular at 17 per cent.

When it comes to tuning in to our favourite soaps, a third of us watch them live whilst 28 per cent revealed they will record them and watch back later or catch up online.