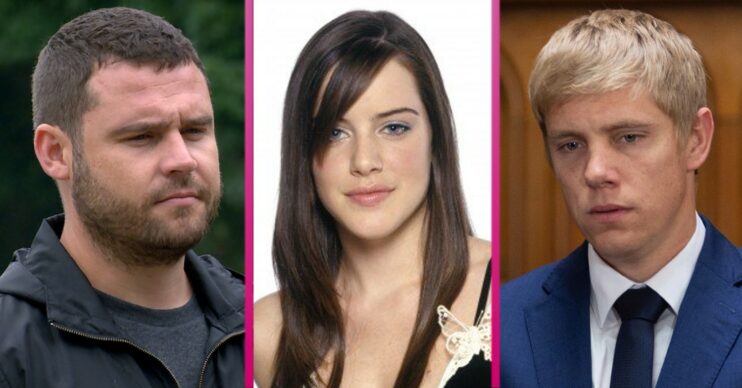 These characters need to be brought back with new faces

Nothing is forever in soap – except perhaps Ken Barlow.

But for most mere mortals characters come and go depending on the whims of the writers and the actors.

However in some cases when the actors are clearly done with playing their part – the character still has life in them.

Here are some characters who need to be recast in Coronation Street, Emmerdale and EastEnders.

Yes, he’s only just gone but it’s clear to anyone watching that Danny Miller is done with playing him.

However with his sister facing a murder charge – that she didn’t commit – and his family facing the fight for their lives for the pub – it makes no sense.

Fans want him to be recast so Aaron Dingle can live on.

And if it revitalises the character like Ben in EastEnders – then crack on with it sooner!

Ryan Hawley was the fourth actor to play Robert Sugden before he departed in 2019 and he was an instant hit in the role.

A couple of bit parts here and there have followed but it doesn’t look like Ryan has any interest in returning.

So with one recast already proving hugely popular – why not do it again?

Victoria could do with the company – for when she gets back from her bizarre holiday to Portugal anyway.

That’s if she does come back…

“You ain’t my mother,” is an iconic moment.

It has set up decades of storylines for Kat Slater – and precisely nothing for her eldest daughter Zoe.

In fact not even the news Zoe had a twin brother – later revealed to be a serial killing priest in Ireland – has brought her back.

Actually nothing has brought her back despite actress Michelle Ryan hardly being in high demand.

Recast her – and build the Slaters back up.

When actor James Burrows arrived on the cobbles, it was a breath of fresh air.

A huge talent, he made viewers forget that Ali Neeson had only been briefly a part of the show years before.

But he made the part his own – and he turned Ali into a mainstay on the cobbles.

And then he quit – and there’s little chance of him returning – so it’s time to recast Ali with an equally talented actor and beef up the Connors again.

Some soap characters should never be recast – they are simply too iconic.

Or they just aren’t that interesting. Sorry Michelle.