Last night Maya Stepney made a fleeting return to Emmerdale and viewers were stunned to see she has been released from prison and is pregnant!

Viewers know the former schoolteacher groomed her pupil Jacob Gallagher, who also happened to be her boyfriend David's son, into believing they were in a loving relationship.

She even began sleeping with the schoolboy just days after he turned 16.

After she was caught out, she was eventually sentenced to 12 months in prison, however she was released after five. 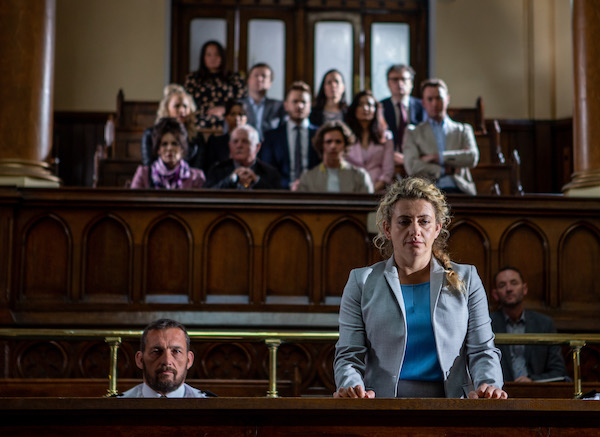 Maya was sentenced to 12 months in prison but was released after five (Credit: ITV)

Last night viewers saw Jacob ring Maya to tell her he still loved her and wanted to be with her, but he ended up leaving her a voicemail.

As she left prison, Maya deleted Jacob's phone contact details and as the camera panned down it revealed she is pregnant!

So what's going to happen next in this plot?

Here are six of the best theories...

1. Is Jacob the father of Maya's baby? 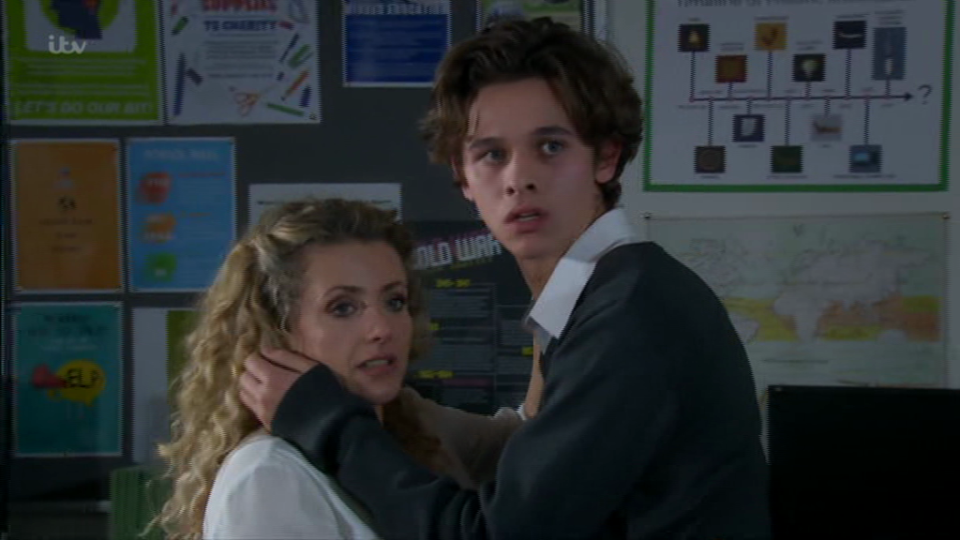 Maya began sleeping with Jacob days after his 16th birthday, which was back in February.

They were together right up until her arrest in May and although we don't know how far along Maya is into her pregnancy, there is a strong chance that Jacob could be the baby's father.

So is Jacob the dad.. ? #Emmerdale

But if Jacob is the dad, it would mean a connection between him and Maya forever.

Fans have slammed the soap for this idea, so perhaps Jacob won't be the father after all...

2. Is David the father of Maya's baby? 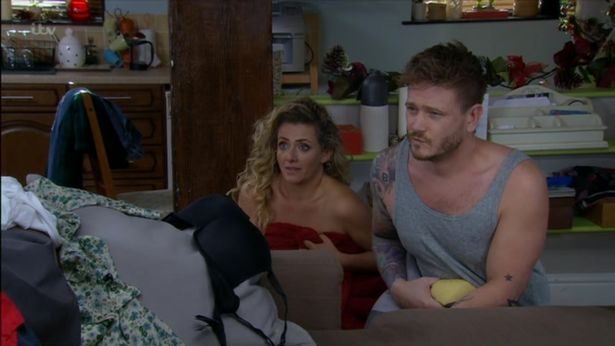 Viewers know Maya was in a relationship with David Metcalfe while she groomed his son Jacob.

Maya was sleeping with both David and Jacob meaning there is also the possibility of David being the baby's father.

However, whether he or Jacob will ever find out Maya's baby remains a secret.

On the Entertainment Daily Facebook page, a user commented: "Think it will be David's baby."

It would certainly make for dramatic times ahead if the baby was David's - would he be able to give up seeing his child to keep Maya away from Jacob?

Or could he fight for custody of the little one and bring them to live with him - a constant reminder of the trauma they all went through?

3. Is Maya's ex-husband Liam the father of her child? 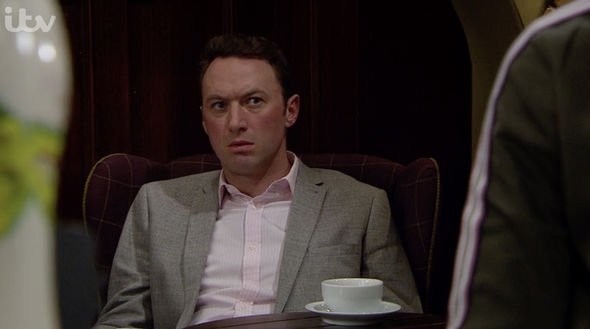 Fans of the show know when Maya originally came into Emmerdale she was married to Doctor Liam Cavanagh and was stepmother to his daughter Leanna.

Eventually, she started having an affair with David, and Maya and Liam split.

However, when David announced that Maya was a paedophile, Liam looked shifty leading viewers to think he knew something about it.

But what if it's because he was still sleeping with his ex-wife too?

I think it's Liam's baby and that this is the 'devastating' news that will tear Bernice and Liam apart.

Spoilers for next week tell us that, a shock revelation throws Liam and Bernice's wedding into jeopardy.

Could the secret be that Maya is pregnant with Liam's baby?

On the Entertainment Daily Facebook page, one user commented: "I think it's Liam's baby and that this is the 'devastating' news that will tear Bernice and Liam apart.

"Bernice's exit will be that she leaves Emmerdale and goes to live with her daughter Dee Dee!"

The baby might not be Jacob’s OR David’s... I hope that isn’t the case but you never know #Emmerdale

4. Will Maya ever be seen again? 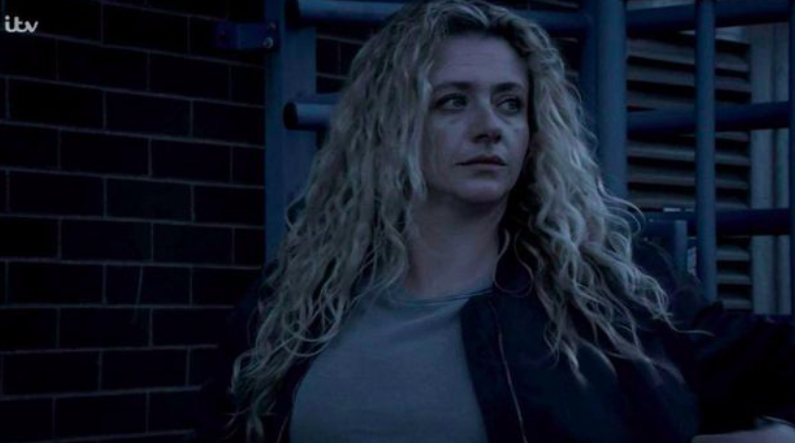 Is this the last we've seen of Maya? (Credit: ITV)

A spokesperson for Emmerdale told Metro.co.uk that: "There are no current plans for Maya to return."

Website Digital Spy also reached out to Emmerdale and a spokesperson elaborated: "Louisa filmed that scene earlier this year when she was still with us.

"There continue to be no current plans for the character of Maya to return."

This seems to solidify that it was a fleeting comeback and that Maya won't be seen again for a long time.

Does this mean viewers will never find out who the father of her baby is?

5. Will Maya return to the village in the future with her baby

Could we see Maya return in the distant future with her child? (Credit: ITV hub)

Although Maya has been warned not to return to the village and legally isn't allowed to contact Jacob, it's always possible she could return in the distant future.

Maybe even she doesn't know who the father is and she'll return with her child for a DNA test?

6. Will Maya's baby return without her? Will Maya's child come to the village as an adult looking for their father? (Credit: ITV)

An ED! theory that we're throwing out there is whilst we may never see Maya again, we could see her child way in the future.

Although it looks like Maya may never return, when her child gets older, they may become curious as to who their father is leading to them arriving in the village.

Or Maya could die in an off-screen accident leading to the baby to be sent to live with its real dad (something Emmerdale has done plenty of times before - just ask young Archie Sharma).

Whatever happens, it looks like this storyline is far from over...

Who do you think the father of Maya's child is? Leave us a comment on our Facebook page @EntertainmentDailyFix and let us know what you think!