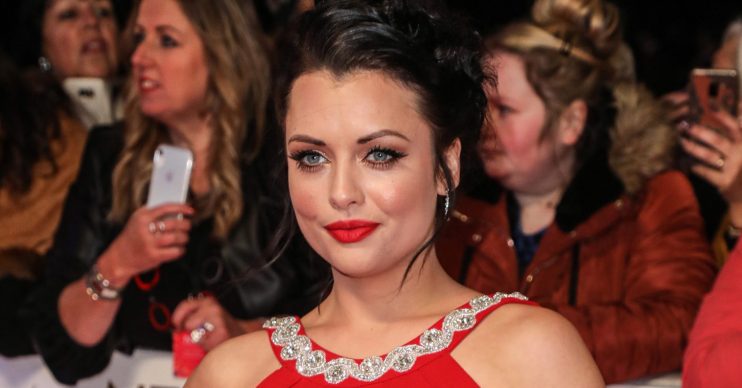 Actress and EastEnders star Shona McGarty didn’t rule out having a crack at Hollywood as she discussed her future plans.

Shona has played Whitney Dean in the soap for 12 years, having debuted as Bianca Jackson’s adopted daughter in 2008.

The actress is believed to have signed a three-year deal for the soap, but Shona has admitted she is tempted by other opportunities across the pond.

She told The Sun’s Fabulous magazine about her plans, should she leave the soap: “I’d like to think I’d do other things. I’d like to change my hair – that’s probably the first thing I’d do, make it a lot softer than Whitney’s.

“I think I’d like to continue acting, or singing. I’d love to do something like Peaky Blinders or a period drama.

“A few people have asked me to come out [to LA] and meet people, but it’s a long way to go. I wouldn’t say no, though. From Borehamwood to Hollywood…”

It comes after Shona revealed she was single again after secretly splitting from her fiancé, Ryan Harris, last year.

Speaking to Daily Star, the actress recently said: “We just grew apart. Nothing bad happened, it was all very amicable. We were together for a long time but it just wasn’t meant to be.”

Shona also revealed she is not ready to move on just yet, adding: “I’m not ready to date anyone else at the moment and I think it’s really important to have some time by yourself.”

The 28-year-old stated she was in a “good place” after the split and is looking forward to a girls’ holiday.

She said: “I feel great. I’m 28 and I’m in a good place. I’m enjoying spending time with my family, especially my sister.

“She’s got two boys and I get to spend a lot of time with them. I’m also looking forward to having a girls’ holiday! I’m certainly looking forward and not back. I want to live my life, focus on work and have some fun.”

On screen, Whitney has been seriously unlucky, having just killed her paedophile abuser’s son Leo after he tried to kill her in her own home.

Would you miss Shona in EastEnders? Leave us a comment on our Facebook page @EntertainmentDailyFix and let us know what you think!