Singer and former Coronation Street actor Shayne Ward has posted a heartwarming tribute to his "beautiful" daughter Willow to mark her third birthday.

The soap star, 35, shared a snap of himself hugging the youngster and told his followers she is his "absolute reason for breathing" as he wished her a "magical" day.

He wrote in the caption of the photo, which included a GIF of a big yellow three-shaped candle: "Wishing my absolute reason for breathing, my beautiful daughter Willow May Elizabeth Ward, a very happy third birthday.

Wishing my Absolute Reason for breathing , My beautiful Daughter ❤️Willow May Elizabeth Ward❤️ A very Happy 3rd Birthday. May you have the most magical time today. Love mummy & daddy xx

"May you have the most magical time today. Love mummy and daddy."

In the comments, fans of the X Factor winner rushed to wish his daughter, whose face was hidden in the snap, a happy birthday.

May you have the most magical time today.

Someone else wrote: "Happy birthday to your beautiful daughter, Shayne. I wish you all the best."

Another put: "Huge happy birthday to your darling girl, Willow May!"

A fourth commented: "Oh my, time flies, such a magical age."

Earlier this year, he posted about the "two angels" in his life on Instagram and said they "truly are [his] everything".

My 2 Heaven sent angels. You truly are my everything. You complete me.❤️ @sophieaustin84 Willow May xx

Shayne shared a snap of Sophie hugging Willow during one of their sun-drenched holidays abroad and wrote in the caption: "My two heaven sent angels.

"You truly are my everything. You complete me Sophie Austin and Willow May."

Shayne shot to fame as the winner of the second series of The X Factor, which aired in 2005.

In the summer, he spoke about his disappointment at not being asked to appear on the now-scrapped All Stars version of the popular ITV singing competition. 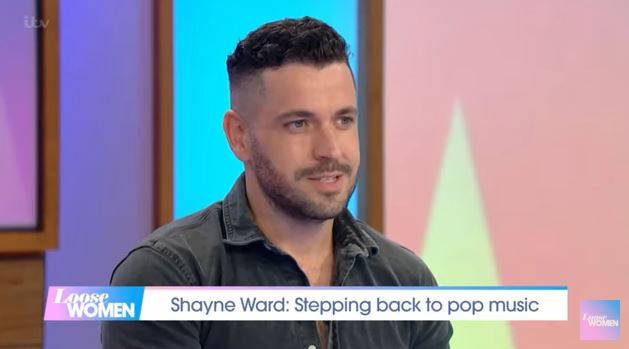 Shayne wasn't asked to be on the scrapped All Stars version of X Factor (Credit: ITV)

Shayne addressed rumours he was being lined up for the show during a chat on Loose Women in August.

He said on the programme: "I'm not gonna be a part of that, no, no. It's only because I'm contractually signed with Kay Mellor for Band of Gold. So that's gonna be coming, the first time it goes to theatre. Just to be associated with her is incredible, cos Band of Gold is an iconic programme."