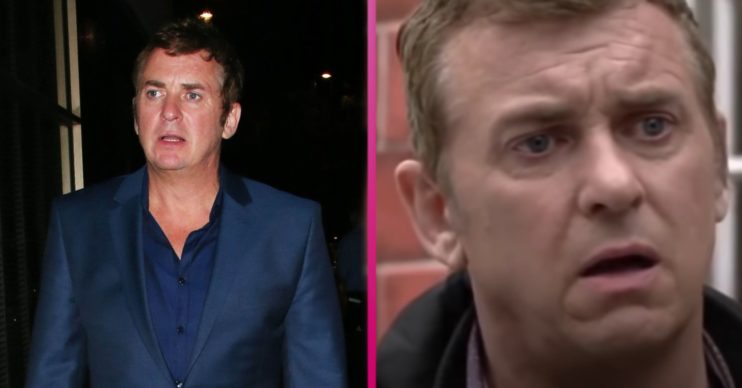 Shane has played Alfie on and off since 2002 and his character was last seen in 2019.

But now he has hinted that his character could make a return soon.

The actor appeared on Lorraine today (Thursday, May 27) to talk about Everybody’s Talking About Jamie, which has just returned to the West End.

Whilst on the show, Lorraine asked where Alfie is now and if he’d return. Shane replied saying: “Alfie is still I believe, I speak to Jessie [Wallace] all the time, funnily enough I’m seeing her this week.

“Alfie is still on the run in Spain running a bar somewhere in Costa Del Sol.

“And I think he still owes money to Phil. And I know that Kat and Phil Mitchell are bumping ugly at the moment.

“They’re getting together so who knows? There might be a chance that Alfie could turn up and spoil that little party… but you didn’t hear that from me.”

What has Shane Richie been up to since leaving EastEnders?

In 2019, Alfie went on the run as he owed Phil money. Meanwhile in real life, Shane was a presenter on Caravanning with Shane Richie in 2019.

He has also been playing Hugo Battersby/Loco Chanelle in the West End show Everybody’s Talking About Jamie.

The series took place in Wales instead of Australia due to the coronavirus pandemic.

Want more EastEnders? Entertainment Daily has a dedicated EastEnders spoilers section for you to get your fix before the latest episodes air.