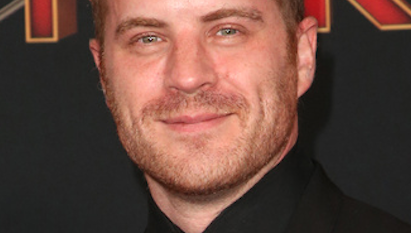 Soap actor Rob Kazinsky has opened up about his battle with depression.

Speaking about his return to the BBC One soap after ten years away from Walford, he also noted the change to help create discussion around the subject was a big reason for him returning.

Hailing producer Kate Oates for talking him into to coming back to Albert Square, Rob revealed he has suffered losing good friends who have taken their own lives since he was last on the show.

“Over the last 10 years of my life, suicide has become a really prevalent part of it. I have lost close friends. I have seen it up close from the degradation to the completion,” he recalled.

Insisting depression and suicide is a “pandemic”, Rob went on to say he believes EastEnders is the “one place” where such issues can be examined in a “socially responsible” dramatic manner.

He also hopes tonight’s emotional and climactic episode will help save lives of viewers watching at home.

Rob continued: “We reach millions of people a week – if 1% of people are helped by what we’re doing with Sean then that’s a huge amount of people who might reach out. What I wanted to say more than anything is that when you are in that place when you feel there is no way out, you have to ask for help. I have lost too many friends who didn’t and it was such a shock – they seemed so fine and that’s always the way.”

The ex Dream Team actor also believes it is important for EastEnders to show a ‘macho’ character like Sean accepting he needs to ask for help.

Emphasising just how important representing mental health was to bringing him back to the soap, Rob added he feels such difficult topics benefit hugely from being illustrated on popular, mainstream TV programmes.

He added: “If I am able to do that then there was no way I wasn’t coming back to try that. If 0.1% of people speak out after watching this storyline, that’s a lot of lives saved.

“The inherent responsibility of making this kind of stuff is constantly underestimated.”