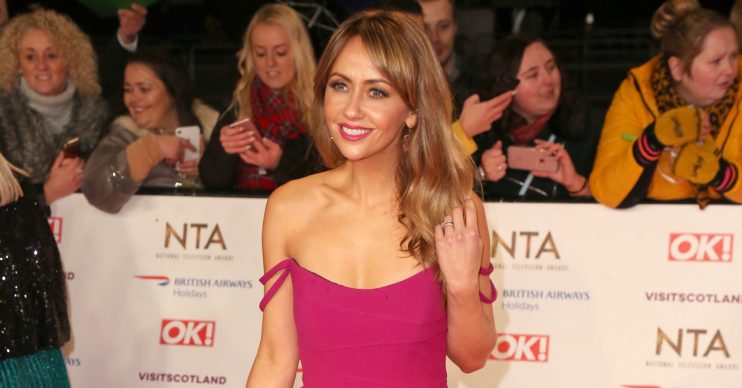 Samia is taking a well-earned break

Samia Longchambon, who plays Maria Connor in Coronation Street, has posted a stunning picture from Switzerland with her daughter Freya.

The actress shared the picture of herself and Freya standing in front of Matterhorn Mountain.

She captioned the post: “I’ve always loved a bit of @tobleroneglobal so it was only right that we had our pic in front of the #matterhorn #tobleronemountain #familytime #switzerland.”

The actress appears to be taking a hard-earned break after a busy few months on the cobbles.

Samia’s alter ego has had a turbulent few months and it looks like things won’t be getting easier any time soon.

Maria recently accepted her boyfriend Gary’s proposal, but what’s meant to be the happiest time of her life has left her on edge.

Just before Gary proposed, Maria thought Gary was back working as a loan shark and ended up sleeping with her ex-boyfriend Ali.

Maria accepting Gary’s proposal left Ali upset and wanting to come clean about what happened, however his brother Ryan stopped him.

Next week, Adam quizzes Ali and eventually he admits to the solicitor that he slept with Maria whilst she was with Gary.

Adam delights in tracking Gary down, but will he tell him the truth?

Viewers know Gary and Maria have been through a lot together in their relationship.

Shortly after getting together, Maria found out she was pregnant with Gary’s baby, but she ended up having a miscarriage.

But will Gary find out about Maria and Ali’s fling? And if he does, what does this mean for Ali?

Recently it was confirmed to ED! by a Corrie rep, that Ali actor James Burrows had quit after two years.

However they didn’t say what Ali’s leaving storyline will be.

What do you think Ali’s exit storyline will be?