Former EastEnders actress Samantha Wormack has revealed a fan theory that Ronnie and Roxy Mitchell faked their own death.

Samantha, who played Ronnie from 2007 till 2011 and then from 2013 till 2017, appeared on This Morning on July 9 with Phil and Holly to talk about the stage show The Girl on the Train, where she plays lead role Rachel. 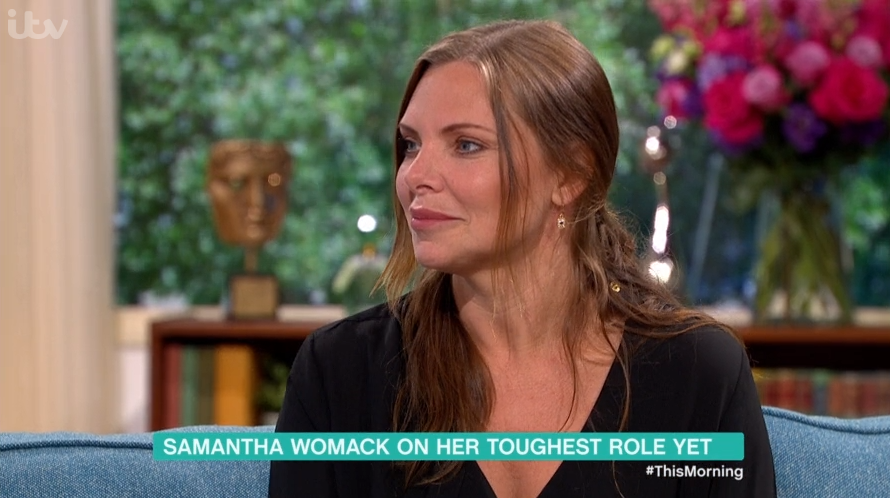 During the interview, the topic of Ronnie and Roxy came up.

Ronnie and Roxy were the iconic Mitchell sisters who died on New Year's Day 2017, which also happened to be Ronnie's wedding day to Jack Branning. The sisters lost their lives when they decided to go for a midnight dip in the gloomy hotel swimming pool.

Roxy, who was on drugs, jumped into the pool but never resurfaced.

Realising Roxy wasn't coming up for air, a panicked Ronnie, who was giving new hubby Jack some time to read his kids a bedtime story up in their hotel room, decided to dive in after her, still in her wedding dress.

The sisters both drowned (Credit: BBC)

However, the drenched dress seemingly became so heavy that she was unable to save herself or her sister and both of them drowned.

When Holly said people still figure out ways Ronnie and and Roxy could come back, Samantha said: "Yes, we've had loads of wacky suggestions.

"We've had somebody said because Billy Mitchell works in the funeral directors, there's this drug that can make people look like they're dead so it's all been this whole thing and they faked their own deaths."

Samantha went on to say she speaks to Rita Simons, who played Roxy, all the time.