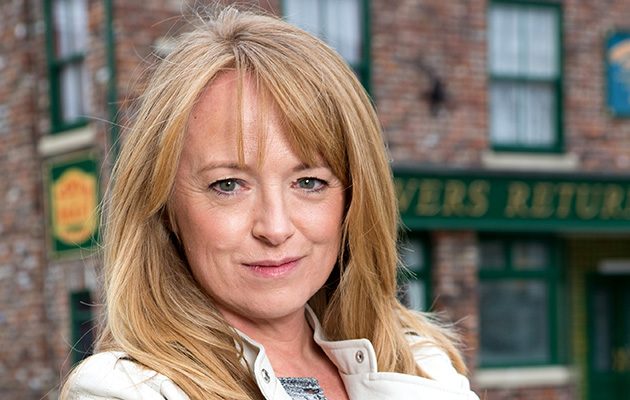 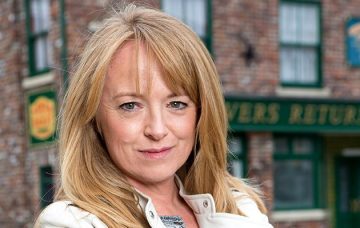 The surprising news could well have been a plot twist written by scriptwriters – only it was REAL!

Sally Ann appeared on ITV documentary Coronation Street’s DNA Secrets on Wednesday (5 September), where it was revealed that former cast member Amanda Barrie is her family!

Jenny joined other Corrie regulars who took DNA tests to find out how far across the world their roots had spread.

But for Sally Ann – who plays new Rovers landlady Jenny Bradley – it proved to be closer to home!

A local historian revealed that she and Amanda are genetic cousins.

Although Amanda, who played Alma, left the soap in 2001, she and Sally starred in the soap together in the 80s.

Speaking to the Radio Times, Sally said: “Waiting for my Corrie cousin to come around the corner was torture – I was praying it was someone I liked! The joy when I saw it was Amanda was overwhelming and I thought, ‘well, of course it is, that all makes sense now’.

“We rarely had scenes together but, because of the way we worked back then, we were all in the rehearsal room together and knew everyone really well. I think we share a naughty, slightly bonkers streak.

“And the fact that the gift of a jug that Amanda gave me when I was 18 has been on every kitchen shelf I’ve ever had, and was one of my most treasured possessions even before I knew, clearly means something.”

She added to Sally Ann, with a naughty glint in her eye: “And I am so relieved by the DNA – now I’m so old, you may have organs to spare.”

Did you watch Coronation Street’s DNA Secrets? Leave us a comment on our Facebook page @EntertainmentDailyFix and let us know what you think!