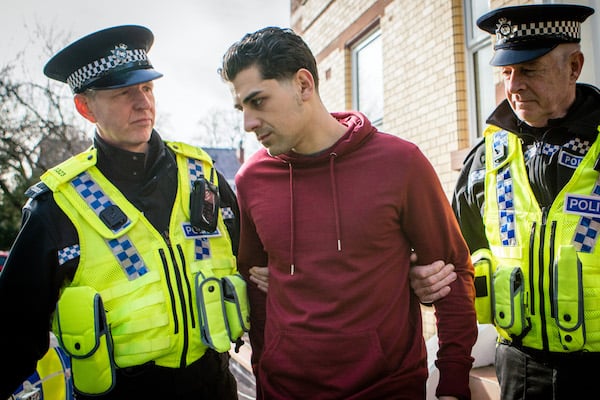 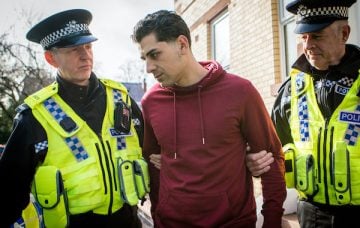 We knew Josh's days were numbered

Coronation Street viewers already know that villain Josh Tucker’s days on the soap are numbered… there’s only so far a character brought in to do a very wicked thing, with no ties to the Street, can go.

But actor Ryan Clayton, who has so brilliantly portrayed him, has let slip that he has ALREADY left.

He joined in a debate on Twitter, after an American actor, who once starred in US sitcom the Cosby Show, was shamed for having a ‘normal’ job.

Geoffrey Owens was snapped by a customer working in a grocery store; the pictures went viral and trolls mocked his new career.

Many actors have since waded in to defend him. Indeed it’s very common place and normal for jobbing actors to have ‘ordinary’ jobs in offices, restaurants, coffee shops and so on, between acting roles.

They have to pay the bills and eat, too.

Ryan pointed out that he has recently returned to working in the ‘real world’.

He wrote on Twitter: “Earlier this week I went back to working in the ‘Real World’.

“Show me an actor doesn’t need to work whilst ‘out of work’, chances are they’re very privileged – no one should ever be condemned for working.”

Also perhaps if we didn’t work in an industry where ignoring emails is more common than replying, this wouldn’t need to happen #YesOrNo 🤷🏻‍♂️ https://t.co/yqetQUKm3W

Too right! It does appear to confirm that Josh’s storyline has already finished filming and we’ll see the conclusion to it in the next month or two.

Earlier this week he spoke to DigitalSpy about what he would like to do once his time on Corrie was up.

“I love my job, so anything’s that well-written, has got a good team behind it and a good production, I’m always happy to be part of,” he said.

“Hopefully there’ll be more TV and dramas in the future. I’ve always wanted to do dramas and I’d also like to do a bit of comedy now too.”

Ryan also hinted at more drama between Josh and David, before he disappears.

“I think there has to be, really. As long as Josh is still around, it’s always going to involve David,” he revealed. “There’s more with Billy too, as he’s Josh’s only other link to the Street at the moment.”

How would you like to see the Josh story end? Leave us a comment on our Facebook page @EntertainmentDailyFix and let us know what you think.