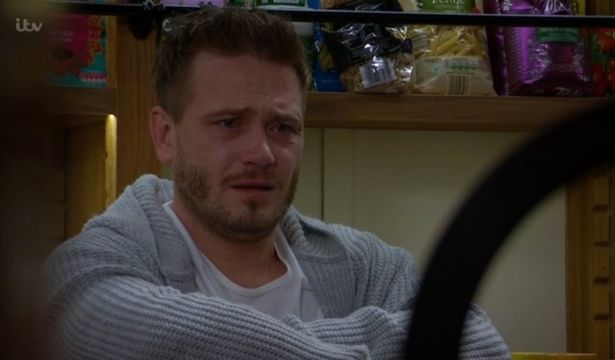 The Royal Television Society Programme Awards have made the shock decision NOT to include ITV soap Emmerdale in their best soap category.

The nominations for the prestigious award ceremony were announced earlier this week, but the Dales-set soap was NOT included.

The list of nominees was announced on Tuesday (March 3) by BBC journalist, writer and broadcaster Samira Ahmed at H Club in London’s Covent Garden.

The way EastEnders are nominated and Emmerdale aren’t… We love to see it.

Casualty, EastEnders and Coronation Street were all nominated in the Soap and Continuing Drama category.

It’s a U-turn for Hollyoaks, who actually won the award last year.

In 2019, the winner of the Programme Award for Soap and Continuing Drama went to Hollyoaks, which “blew the judges away” for its performances and content.

However, Emmerdale was snubbed once again, with only BBC1’s Casualty and ITV’s Coronation Street making the shortlist alongside the winning soap Hollyoaks.

One EastEnders fan wasn’t at all sad at the news, tweeting: “The way EastEnders are nominated and Emmerdale aren’t… We love to see it.”

However, one Hollyoaks fan wasn’t so happy about their fave soap being neglected, saying: “Hollyoaks deserves to be up for Best Continuing Drama because it has been brilliantly consistent the past year.”

The news might come as a shock to Emmerdale fans, after the ITV soap won the Best Serial Drama category at this year’s National TV Awards.

EastEnders walked away empty-handed from the ceremony.

@Hollyoaks deserves to be up for Best Continuing Drama because it has been brilliantly consistent the past year.

the way enders’ are nominated n emmerdale aren’t… we love to see it https://t.co/q4a2UhsamC

Micheal Ward steals an Actor (Male) nomination for Netflix’s Top Boy, with a nomination also going to Jared Harris for the popular Sky Atlantic series Chernobyl – a dramatisation of the 1986 nuclear disaster.

Last year’s winner The Repair Shop for BBC1 is once again in the running for Daytime Programme, alongside Good Morning Britain and Beat The Chef.

BBC Three, C5 and Sky Atlantic are all in contention for the RTS Channel of the Year award.

Winners will be announced at the RTS Programme Awards Ceremony, in partnership with Audio Network, hosted by writer and comedian Paul Merton, on Tuesday March 17 2020 at The Grosvenor Hotel.

Which soap deserves the award for being the best? Leave us a comment on our Facebook page @EntertainmentDailyFix and let us know what you think!