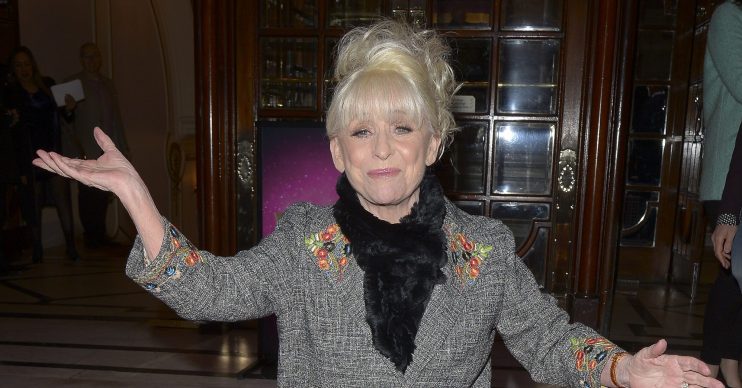 Rita Simons, who plays Roxy Mitchell in EastEnders, had said former co-star Barbara Windsor “is deteriorating” after paying her a visit.

In an interview with Express.co.uk, Rita revealed she had been to see the Peggy Mitchell actress, who has Alzheimer’s disease.

Speaking about Barbara’s condition, Rita told the publication: “Barbara is deteriorating, she remembered who I was which I was elated about.”

Rita went onto praise Barbara’s husband, Scott Mitchell, for looking after her.

She added: “Scott is unbelievably patient and he’s amazing with what he does for her, but she’s not doing great.”

Barbara was diagnosed with the condition in 2014, however she didn’t make the news public until 2018.

Barbara is deteriorating, she remembered who I was which I was elated about.

In an interview with The Sun, Scott revealed his wife had the illness and wanted to set the record straight amid rumours about her deteriorating health.

Jake revealed they raised £151,367.21 for the charity as he shared a sweet picture of Barbara reuniting with her EastEnders castmates and their real-life families.

Wonderful day yesterday to celebrate the £151,367.21 raised for Dementia Revolution by #barbarasrevolutionaires to help fund research into dementia 🙌🏼❤️

Around the same time, Barbara and Scott urged the public to sign an open letter which asked the prime minister to sort out the devastating state of dementia care by immediate investment and address long-term reform for the social care system.

Last month, in an interview with The Sunday Mirror Scott told how his wife’s condition was getting worse.