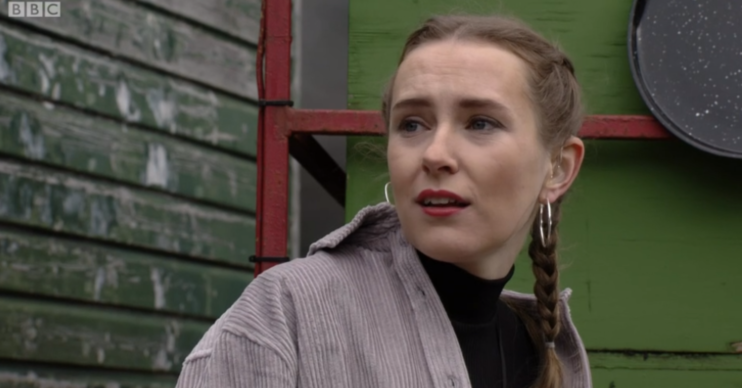 Rose has appeared in quite a few short films!

In Tuesday night’s episode of EastEnders  (May 19) viewers were properly introduced to new character Frankie Lewis.

This week, Ben was left furious after discovering he couldn’t have his ear operation, due to the fact he’s sick.

Back on Albert Square, Ben’s boyfriend Callum met deaf character, Frankie, in the Minute Mart. Later the pair got to talking and Callum told his new friend how Ben wasn’t coping with his hearing loss.

Frankie agreed to have a chat with him and tried to help him see he should learn to communicate.

Frankie is played by actress Rose Ayling-Ellis. Rose is deaf in real life.

What other films and TV shows has Rose been in?

In 2017, she made an appearance in Casualty playing Bianca Sinclair.

She has also starred in short films The End, The Quiet Ones, Reverberations and Almost.

She also starred in a music video for The Vamps and Martin Jensen’s song Middle of the Night.

It looks like there will be more to come for Ben. The soap recently announced it will be airing a special episode for Ben as he struggles with deafness during a dangerous job.

Back in February, the young businessman suffered a head injury during the Thames boat accident. The injury resulted in almost complete hearing loss.

As the day of the risky job with Phil arrives, the episode will be seen entirely from Ben’s perspective.

This is to reflect Ben’s hearing difficulties and some of the realities of being a deaf person in the UK today.

Have you seen Rose in any of her other roles? Leave us a comment on our Facebook page @EntertainmentDailyFix and let us know what you think of this story.