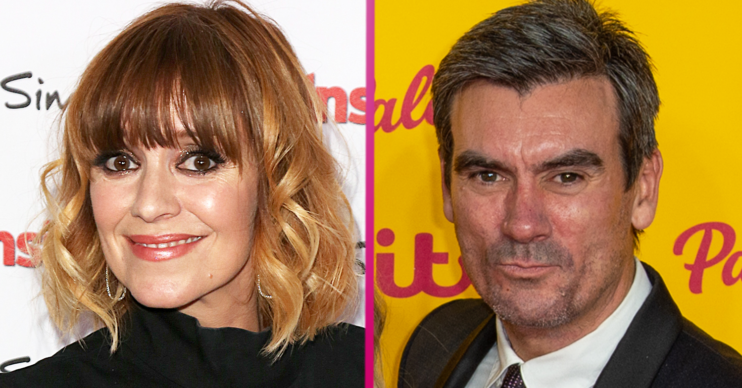 The passion can translate from screen to real life

Soapland is a hotbed of passion, intrigue and drama – so it’s no surprise that occasionally the stars get a bit het up and become real-life soap couples.

And sometimes those feelings blossom into fully-fledged relationships off-screen.

Here are some of Coronation Street, EastEnders and Emmerdale (especially Emmerdale!) real-life couples.

Jeff joined the ITV soap back in 2000 as badboy criminal Cain Dingle.

Together Jeff and Zoe have two children Stan and Violet as well as two dogs Rita and Ronald.

As well as working and living together, the two also grow their own fruit and veg in their allotment.

The Abi Franklin actress has risen the prominence in recent years and is now one of the Street’s leading stars.

But it’s not just accolades she’s taken home from the job – she met future husband Joe on the cobbles too.

They got together in 2018 – and were spotted walking hand in hand into a cast party.

Love blossomed for the two cobbles stars and they moved in together shortly after.

The pair got engaged later on and are planning a huge wedding to celebrate.

Charley joined Emmerdale in 2002 when she was 14 years old.

They became engaged in 2009 and Charley gave birth to their first son Buster the following year.

In 2013, the couple appeared to split however they did get back together.

The couple married in a surprise ceremony in 2018.

EastEnders villain Toby and Emmerdale lovely Amy found love at first sight in 2019 when they met in the audience at Strictly Come Dancing.

Amy told Loose Women: “He walked in and sat next to me and I turned round to my friend and was like, ‘Who is that? He’s so fit!’

“And she was like, ‘I knew you’d say that straight away.’

“We were just chatting all night and really got on.”

They moved in together during lockdown and luckily got on well enough, falling head over heals.

And now Amy’s pregnant with their first child – and it’s all very exciting.

Chris joined the show in 1986 making Eric the longest-serving character in Emmerdale.

In 2012, Chris spoke about he and Lesley met telling the Daily Record: “It was weird. Somehow we’d never met before and we just kept bumping into each other at work.

“I can’t even remember if I asked her on a date or she asked me but she is wonderful and we’re very happy.”

The couple tied the knot in 2016 in a ceremony in Cornwall.

While the couple don’t have any children together, Chris has two children with his ex-wife Caroline Hunt.

And Lesley has two daughters with her ex-partner Christopher Guard.

These two made international news when it was revealed the on-screen brothers were dating in real-life.

Mild-mannered – and gay, as it turns out – Luke Posner was a complete opposite of his evil rapist brother Lee in Emmerdale.

However the pair shared more than just the hobby of ruining Victoria Sugden’s life – they also fancied the pants off each other.

They met on set as Kris filmed his final scenes – and stayed in touch before becoming an item.

The pair recently celebrated their first anniversary together.

Max is currently filming for a major US television show in Spain, while Kris has just finished a stint on crime drama Vera set to be released next year.

Leave us a comment on our Facebook page @EntertainmentDailyFix and let us know what you think of these real-life soap couples!