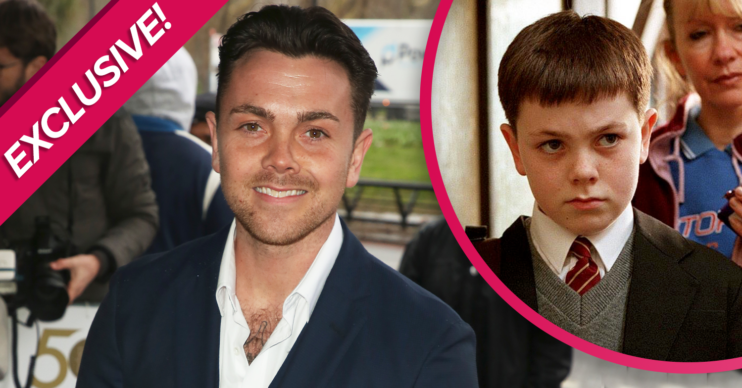 He admits to 'missing' to Channel 4 soap

Singer and actor Ray Quinn was just 12 years old when he shot to fame in Channel 4 soap Brookside.

His storylines – as well as his acting prowess at such a tender age – shocked the nation and culminated in Anthony attacking and killing his bully, Imelda Clough.

Now, 20 years on from his first appearance and almost 17 years since Brookside ended for good, Ray has told Entertainment Daily that he’s very keen for the Liverpool-based soap to make a comeback.

And, if given the chance, he’d even reprise his role of Anthony, who was eventually found not guilty of murdering Imelda.

Would Ray Quinn reprise his role?

“I’d love to see the soap make a comeback,” he told ED! exclusively.

“Whether it’s going to happen or not, I’m not sure.

Read more: Ray Quinn reveals he doesn’t speak to Simon Cowell after he was dropped from his record label

“It’s gone down in history for now but if they ever do make a comeback, I would love to reinstate my role.

“I thoroughly enjoyed the show when I was younger and would love to see it back on the telly,” he added.

I thoroughly enjoyed working on the show when I was younger and would love to see it back on the telly.

During lockdown, when other soaps were airing repeats of their most famous episodes, Ray said he hoped Brookside would follow suit.

“Put it on Netflix”

“I was hoping to see them make their way onto Netflix,” he said. “I miss Brookside, I miss it a lot.”

Ray – who turns 32 today (August 25) – added: “I think they should put the entire catalogue on Netflix, that way everybody can rediscover the show.

“The show will always will be such a great champion of Liverpool, and a fantastic part of its history and heritage.”

After Brookside, Ray went on to audition for The X Factor.

He came second to Leona Lewis in the 2006 series.

Since then he’s appeared on the West End stage and, more recently, in the role of Jonny Baxter in Hollyoaks.

What’s next for Ray?

“I’d definitely appear in a soap again,” he told ED!.

“I loved working on a character like that, it was a real challenge,” he added of the far-right extremist.

Next, though, Ray is focusing on his music, with his new album Undeniable out this Friday (August 28).

Us, on the other hand, we’re off to start a petition to bring back Brookie!

Head to our Facebook page @EntertainmentDailyFix and tell us if you’d like Brookside to return to our screens.