TV presenter Piers Morgan has responded to his mention in last night's episode of Coronation Street - and he's worried he's in danger from Gail Rodwell!

The Good Morning Britain presenter was talked about during Tuesday's Corrie (May 28) after Gail had shot TV presenter Lorraine Kelly with an arrow in Monday night's episode (May 27).

When Bethany Platt asked how everyone's morning had been, David Platt turned around and said "Quiet. Although I did have to stop mum from throwing a tomahawk at Piers Morgan."

Piers shared the scene he was mentioned in on Twitter and captioned it "Sorry? Why does Gail Platt want to throw a tomahawk at me???! #Corrie" [sic].

Sorry? Why does Gail Platt want to throw a tomahawk at me???! #Corrie pic.twitter.com/5tP5OCQfLZ

Another put: "She nearly killed Lorraine Kelly with an arrow on Monday..."

Someone else joked: "Because she loves you Piers."

Sorry? Why does Gail Platt want to throw a tomahawk at me???!

In Monday night's episode, Gail set off on a wild goose chase after hearing Lorraine was staying at the same holiday park. 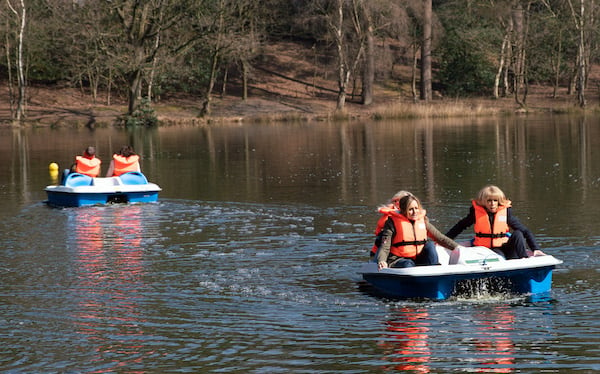 However, it turned out not to be Lorraine as she was actually on the shore of the lake watching Gail, Sarah and Bethany and was seen saying: "Those women are going to capsize if they're not careful."

After an unsuccessful pedalo trip, the Platts decided to try archery but that of course didn't go to plan. 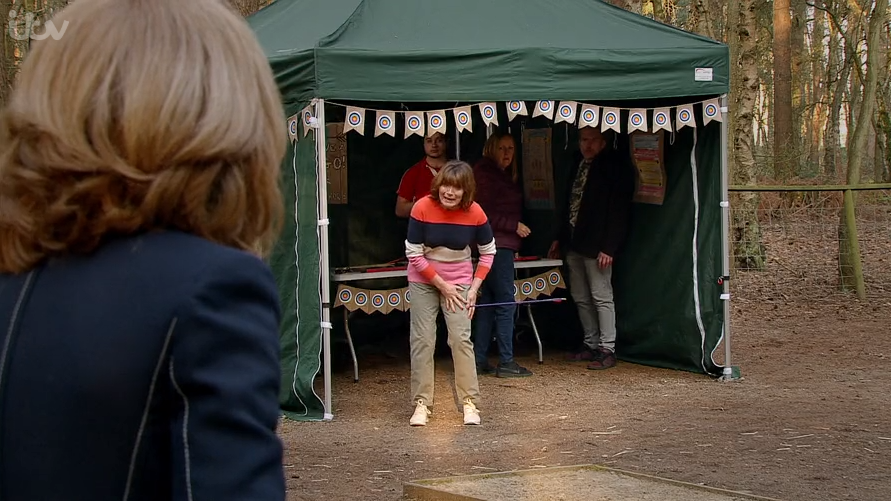 Gail shot Lorraine in the leg with an arrow (Credit: ITV hub)

The Platt family clearly found the whole situation funny and the following day, as Gail was watching Lorraine, Christine Lampard, who usually covers for her during school holidays, said "a big get well soon to Lorraine after yesterday's unfortunate incident, we are all thinking of you."

The Queen's Coronation anniversary marked by set of stunning pictures