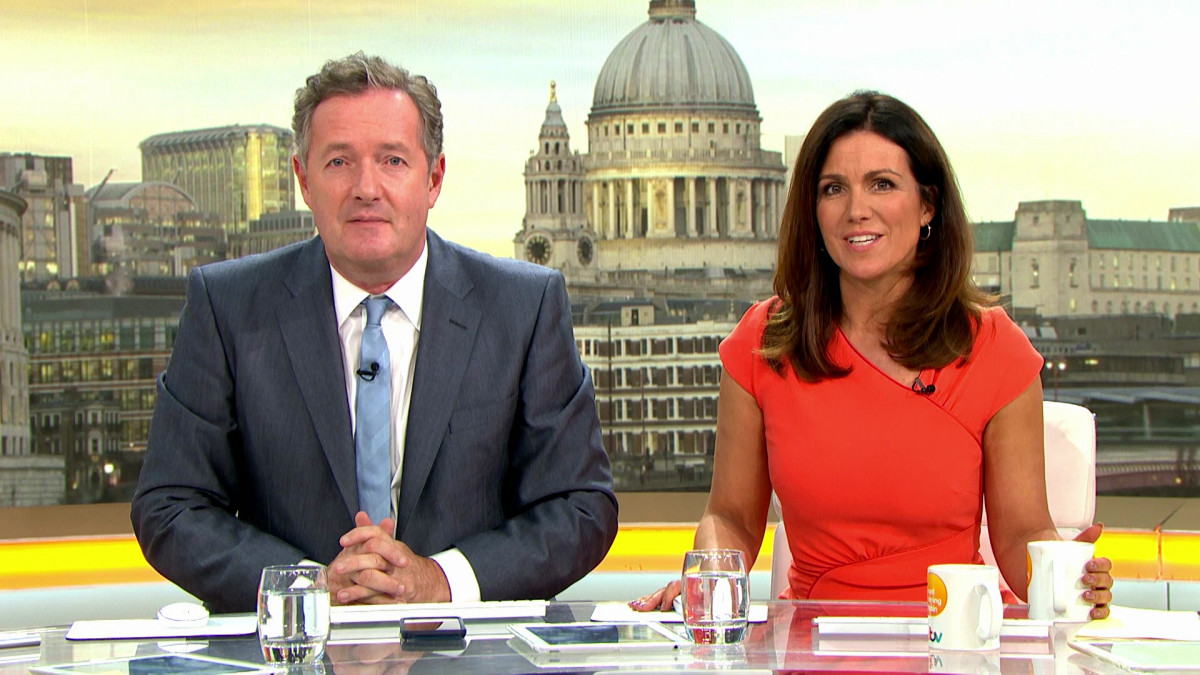 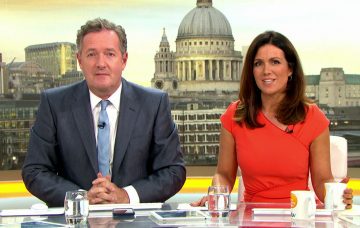 They will be whipping up a storm

The Good Morning Britain co-hosts will play themselves as they break news of the fictional Storm Belinda which threatens to hit the village, and BBC weather presenter Carol Kirkwood will be seen on the Channel 4 soap teasing the inclement weather set for the Chester area.

The storm will threaten Ste Hay (Kieron Richardson) and Harry Thomson’s (Parry Glasspool) big day, and fans are already aware Stephanie Davis will make her return as Sinead O’Connor during the dramatic episodes.

This was revealed in the soap’s autumn trailer, which saw Sinead out to wreak revenge on her former lover Ste as he prepares to tie the knot with Harry.

Sinead will return in a cab and, as rain lashes down, she says to the driver: “Can you get me to Hollyoaks please? I’ve got a wedding to ruin.”

As the storm intensifies on Ste and Harry’s wedding day, a number of the villagers will seek residence in the Dog in the Pond pub.

Piers and Susanna are not the only ITV stars set for an ‘Oaks’ cameo though.

Loose Women panellists Linda Robson and Janet Street-Porter recently revealed they will appear as wedding guests in an “explosive” episode.

Linda said: “We were wedding guests at ‘Hollyoaks’. It was very explosive. I can’t reveal anything else.”

Janet added: “We do make an impact. We’re featured.”

Read more: Piers and Susanna get PIED in the face on GMB

Birds of a Feather actress Linda joked former Celebrity MasterChef star Janet was acting like a diva on the set by refusing to wear various accessories.

She said: “She was going all through the handbags going, ‘Is that designer? No, I’m not using that, I’m not wearing that.’ ”

Who do you think will be killed in Storm Belinda? Leave us a comment on our Facebook page @EntertainmentDailyFix and let us know what you think!