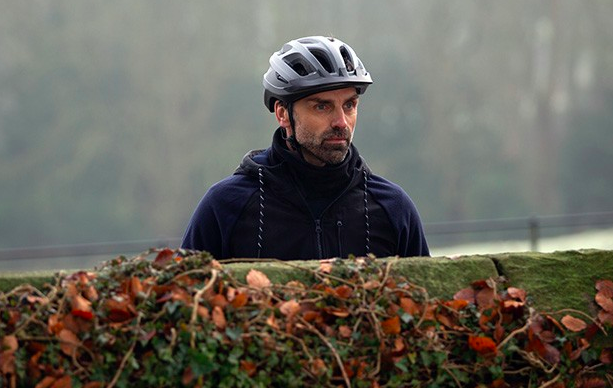 Does he have an invisibility cloak?

Pierce Harris has been creeping around Emmerdale for weeks now without one person spotting him – something viewers think is totally “unbelievable”.

Police wrongly arrested and charged Marlon Dingle for the murder, leaving killer and rapist Pierce free to wander around the village being creepy.

On Tuesday night (February 4), Pierce upped his stalking campaign against Rhona when he entered her house.

He’s lurking around the village in broad daylight and not one person has seen him?

When she entered the room unexpectedly, he jumped behind a pair of curtains in a bid to hide from her.

We already know that unhinged Pierce believes he killed Graham to “protect Rhona from him”, and that he thinks they’ll be reunited. Eek.

But those watching from home have serious questions about the storyline, and have ridiculed the fact that the killer has been hiding in bushes in the village undetected.

Writing on Twitter, one said: “I’ll be blatant, this is a load of [bleep] and it gets worse every episode. The man is creeping about the village unseen, going in and out of Rhona’s house at ease, even leaving the door wide open and nobody sees him. All they need to write into the script now is his invisible cloak.”

Totally agree. This used to be the best soap to watch. Now we're going back to the 80s with mandy and Kim returning and regurgitating villains. Lord…….. Its eastenders all over again.

Becoming more unbelievable by the second

Omg how utterly ridiculous is this story line, come on Emmerdale get grip

Anyone with half a brain would have realised someone was there

According to the scriptwriters, they are simple police with simple minds. The main criteria for joining the simple police force must be proven total incompetence. So, of course, it would never occur to them to check out Pierce. That would take competence, logic & investigation

Another said: “I’m sorry but this is beyond ridiculous now! In any normal situation she would have turned around and seen him or even heard him breathing!”

A third added: “He’s lurking around the village in broad daylight and not one person has seen him?”

“It’s ridiculous. Three people in the house as well and they haven’t heard anything like three yards away in next room,” slammed another, while one more said: “He’s not even wearing camouflage and in a village where everyone knows who just sneezed… Pierce is more SAS than Graham was.”

One more wrote: “And, in this tiny village, where everyone knows everyone else’s business… Where people are constantly in and out of the pub, shop, cafe, etc… NO ONE has noticed this nutter hanging around, acting SO suspiciously… Per-Lease!”

Many others can’t understand why Pierce hasn’t been questioned for Graham’s murder, having recently been released from prison for raping her on their wedding night.

Dozens more have begged Rhona to find the card which came with the flowers she received last week. A card signed by Pierce, with the message: “Our destiny is near.”

Fans were incredulous when Rhona received the bouquet, but FAILED to read who the card was from.

One wrote: “What person wouldn’t have looked at the card that came with the flowers by now?”

wouldn't you look at the card when someone buys you flowers? 🤔 Rhona has no hoover 🤔 and Pierce walking around in broad day light 🤔 unbelievable Jeff!

Why hasn't Rhona seen that flower card on Leo's painting ? First thing you would look at. #Emmerdale

The first thing you do when you get flowers.. read the card! For christ sake Rhona read the blooming card!! It will answer everything #emmerdale @emmerdale

Another said: “Like that’s literally the first thing someone would do if they got a random bunch of flowers delivered.”

A third added: “Exactly! It’s beyond daft. Every time I see that card lying about, it gives me the rage.”

“Just look at the damn card already,” fumed another.

Of course, Rhona’s son Leo has now stuck the incriminating card from Pierce on a collage meant for his dad Marlon.

Will Marlon be the person to notice the sinister note when Leo presents him with the piece of art?