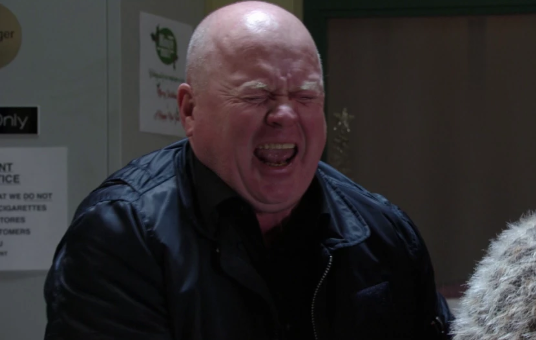 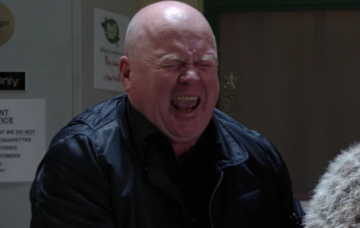 He was forced to deliver Kim's baby

We’ve not even seen the Christmas Day episodes yet, but Phil Mitchell may already have won the festive season for the soaps.

In last night’s EastEnders he was forced to deliver a baby as Kim Fox-Hubbard went into labour early.

And the expressions he pulled as he watched the action unfold were priceless.

Viewers even hailed the scenes the “best ever” and even “iconic”.

The unlikely birthing pair got locked inside the Minute Mart storeroom.

Kim began to scream as she realised she was going into labour, and panicked Phil called for an ambulance.

But Kim’s baby had no intention of waiting and Phil was ordered “down the business end” to check how dilated she was.

He eventually helped deliver a gorgeous baby boy, and the exchange between the new mum and her unexpected midwife was a joy to watch.

One delighted fan posted on Twitter: “Seeing Phil Mitchell deliver a baby has made my Christmas!”

Another said: “The faces Phil Mitchell pulled delivering Kim’s baby in is the funniest Eastenders moment ever.”

For anyone who missed #EastEnders and wonders why Phil Mitchell is trending… 👀 https://t.co/6WUIU9EkX1

Call The Midwife will have to pull out all the stops tonight to trump this!

Did you see this episode? Leave us a comment on our Facebook page @EntertainmentDailyFix and let us know what you thought of it!